Countdown to ’77 Montreal – Interview with MUTE 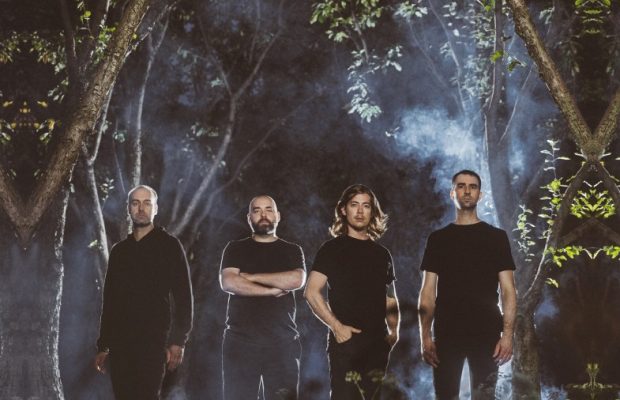 It’s always a great time when we get to chat with a group of talented performers, and this year’s lineup for ’77 Montreal features just that! The one-day festival takes place in Montreal on July 26, 2019, at Parc Jean-Drapeau. We started our countdown with Montreal’s own, The Lookout, now we’re talking to Quebec City’s MUTE.

Hello, we’re MUTE from Québec City. We play fast and melodic punk rock. We’ve been active since 1998 and have played more than 600 concerts around the world. I am Alex, one of the guitar players.

77 Montreal is a full day celebrating alternative music. How does it feel to be a part of the amazing lineup?

It feels awesome! We’re very excited about that show. This is a great opportunity for us to play in front of a large crowd and to share the stage with many bands we love.

Have you taken part in 77 Montreal before? If so, what was the highlight of your previous involvement?

We’ve never been to 77 Montreal, neither as performers nor spectators, but we’ve been hearing great things about the event from the very first year it was held. We’ve also been in touch with bands that have played the “sister” festival, Heavy MTL, and they had nothing but good things to say.

The line-up for the 2019 installment is incredible, is there one specific performer that you’re most excited to check out?

For me, it has to be Pulley. I haven’t seen that band since December 1996(I still have the ticket). They don’t really tour that much, so who knows how many more chances I’ll have to see them. That’s one more nice thing about those big festivals. You get to see bands you normally would never have the chance to see.

We’re playing a brand-new fest called Red Bridge Festival, near Québec City. Many fantastic bands will be there like Face To Face (playing the whole Big Choice album), Ignite, Cigar and much more. Otherwise, we have a European tour coming up soon and we’ll be playing some great festivals like Resurrection Festival in Spain, Jera On Air in the Netherlands and Mighty Sounds in the Czech Republic. We’ll also be at Off Limits Festival in Mexico City in September. Busy summer!

If you were able to put together your own festival, what would you call it, and which five artists/ bands would you want to play?

For sure, I would focus on bands that are hard/impossible for me to see, bands that don’t play often anymore. As such, here are the five bands I would put on the “Reggie Bannister Festival”:

Explain your performance in less than 10 words…and go!

Set your Author Custom HTML Tab Content on your Profile page
Related Items'77 MontrealInterviewmelanie Kaye PRMontreal QCMUTEQuebec
← Previous Story Countdown to ’77 Montreal – Interview with The Lookout
Next Story → Here are the free shows you do not want to miss at the Montreal International Jazz Festival!