Home / Promos / One In The Chamber announce 2019 Summer Tour

One In The Chamber announce 2019 Summer Tour

Toronto, ON-based rock band, One In The Chamber released their EP I’ve Got Something To Say… back in September 2018. Now, they are happy to announce a Summer Tour in celebration of the release, as well as the recent release of their music video for “Itchin’ Back“.

The tour will take the band all across Ontario, with even more dates to be announced.

“We will be performing in places for the first time while returning to a number of cities which we’ve been performing in throughout the last year!”

Check out the dates below, and if you’re able to catch them, you won’t be disappointed. 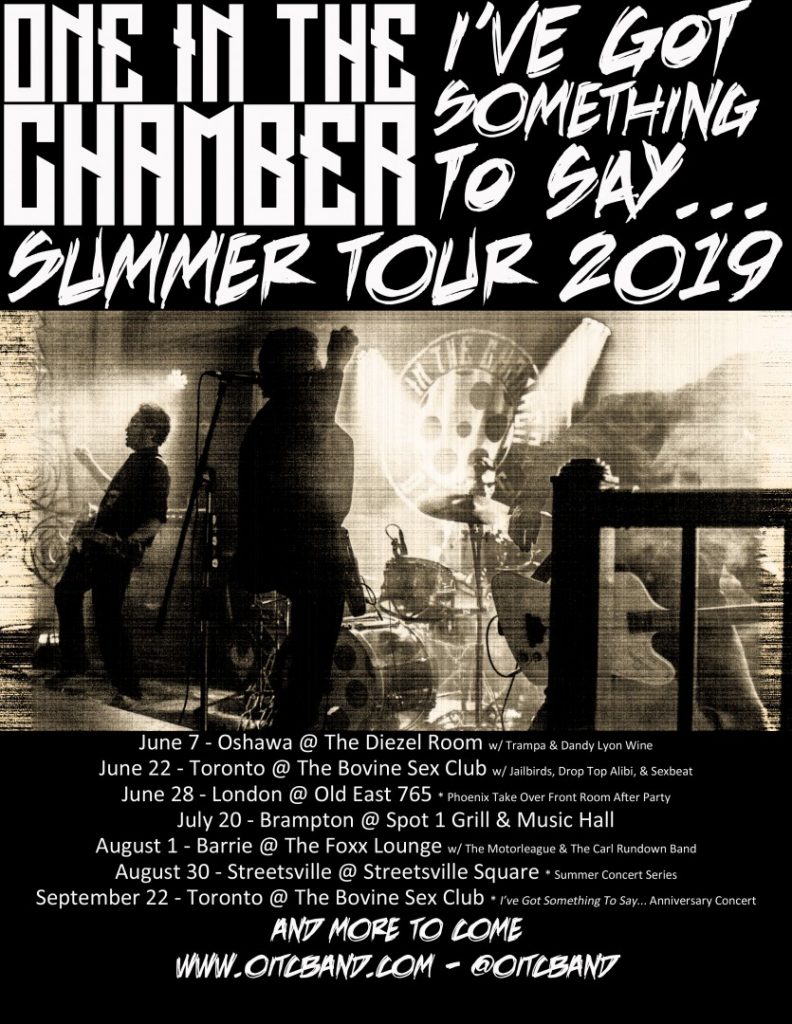