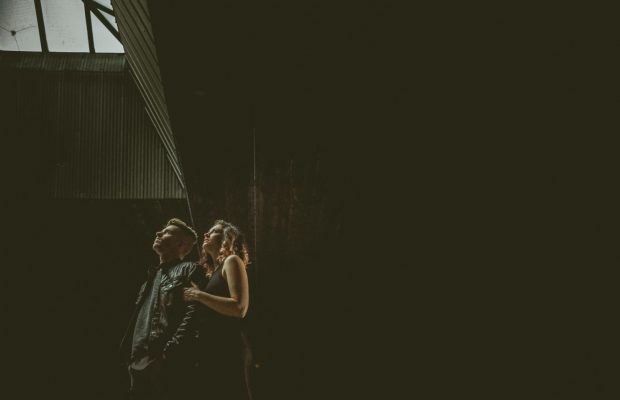 Pop duo Jenesia released a visually stunning video for their song “Walls” off their debut album Catch 22. Alberta-based Jenesa Dawn and Alexander David released the album in 2018; the powerful pop ballad inspired director Justin Brunelle of Moving Artistry Productions to work with the duo to create the five-minute visual story.

“Walls” details the story of a young woman in an abusive relationship; a feeling of hopelessness and sadness surrounds her, then through a gorgeous choreographed contemporary dance, dancer Abby Chung uses her movements to take viewers through the shift to freedom as the victim finds the strength to escape her situation. Each frame of the video is its own moment of power – moody lighting and a daunting aesthetic surrounds Jenesia and Abby as they use their voices and movements to create dialogue and impact.

In February 2019, Jenesia was chosen to perform “Walls” at the Leading Change Summit where actor Terry Crews gave the keynote speech. The event was held at the Edmonton Convention Centre in support of the Alberta Council for Women’s Shelters with the goal of advocating for the awareness of domestic violence locally and internationally.