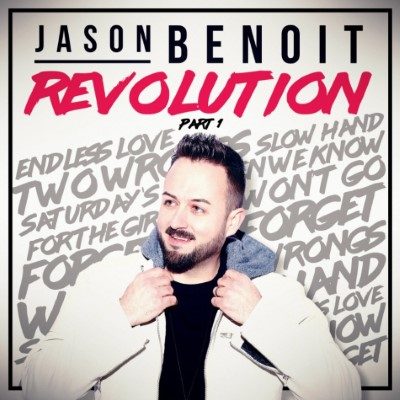 Jason Benoit will release his latest EP Revolution Pt. 1 via Vicktory Music Group on July 5, 2019. Right now fans have the opportunity to pre-order the EP and receive early access to Benoit’s newest track “Forget to Forget.” With Benoit’s talent crossing borders and his latest single “I Won’t Go” quickly making its way up the US country radio charts, it is a very exciting time for the CCMA Award-winning country artist.

“The title of the album was initially called ‘Evolution Pt. 1’,” says Benoit.“Evolution represented this album being a literal evolution of my songwriting, my sound, and me as an artist; but when my management made a typo and called it ‘Revolution Pt. 1’ we all agreed it was a more powerful message.”

Benoit’s newest release comes on the heels of a banner year in 2018. With his Top 10 hit “Gone Long Gone” reaching certified gold status, Benoit was a Top 3 finalist in SiriusXM’s Top of the Country competition, and toured across the country hitting some of the biggest festival stages such as Cavendish Beach Music Festival, Boots & Hearts, the Calgary Stampede, and CCMA Fan Village. Undoubtedly becoming a country favourite, Benoit has seen his streaming numbers climbed to over 4.5 million, with his latest single nearing the 100K mark.

With new music in hand, Benoit is heading back on the road across Canada this summer. Following his east coast run with Old Dominion and The Washboard Union, the country crooner will be making his Quebec debut with a sold-out show for Sainte-Séraphine’s New Country Music Night before jumping into the summer festival circuit.