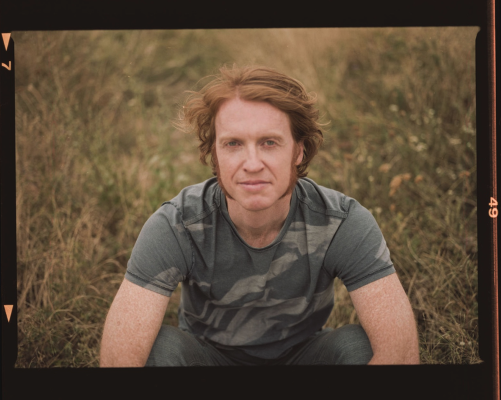 Richard Reed Parry has released his innovative 360° video for the new song “Lost in the Waves” from his upcoming album Quiet River of Dust Vol. 2: That Side of the River; watch it HERE. The video’s footage was captured at Montreal’s Satosphère last fall as part of a live dome experience that pairs the album’s music with 360º visuals.

“Lost in the Waves” is a story about a boy who goes to the ocean with his parents; they fall asleep on the beach, he walks into the ocean “and transforms in some magical, nebulous way,” says Parry. “What separates us from dissolving into the experience around us? It’s a feeling I’ve definitely had many times, where the boundaries of self and world are permeable to the point of disorientation. So much of this record is about being this young person in an older people’s world of music and song, this folk music community where the torch is passed, and losing my father at a young age, and being completely disoriented by that. This record, the songs are also referencing that nebulous psychic territory when you lose your most familiar world when the village of your childhood disappears and you try to relocate yourself in a different one.”

Parry collaborated on the “Lost in the Waves” video with 4-VU. 4-VU is a new digital platform showcasing innovation in live performance and storytelling. Working with artists, arts organizations and the creative industries worldwide, 4-VU nurtures an international arts community committed to cutting edge performances, storytelling, and digital media.

Share this:
Related Items360 videoLost in the WavesQuiet River of DustRichard Reed ParryTake Aim MediaVideo
← Previous Story Reuben and the Dark release video for new single, “You and I” and deluxe version of Arms Of A Dream
Next Story → PREMIERE – Jesse Merineau releases new single, “She Knows”