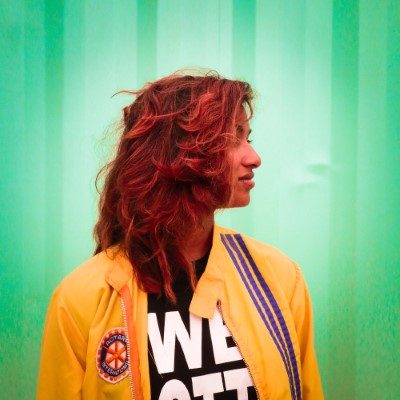 JUNO-nominated artist, Tara Kannangara is about to release her 2nd album, It’s Not Mine Anymore on May 31, 2019, but the lucky Canadian Beats readers get to hear it first! We’re happy to team up with Tara for the premiere of this 11-track album. Check it out below and find out more about Tara in our interview segment.

It’s Not Mine Anymore is your 2nd album, following your Juno nominated debut album Some Version Of The Truth which was released in 2015. Did you feel any of that “sophomore release pressure” when you began work on this album?

Yes. First releases feel like an experiment and it’s easy to forgive yourself for any mistakes you make along the way because you’re doing it for the first time. I remember fumbling around in the dark during my first release wishing that I was more experienced, hoping that I could navigate the landscape. But now that I am more experienced, I’m doubly hard on myself because I’ve done it before. I try to remind myself that every project is an experiment and no matter how experienced you are, there are always new things to discover, good and bad.

What was the creative process like on Not Mine Anymore compared to your debut album?

The process of this album was vastly different from the first. The first album was recorded in two days, with a budget of a few thousand dollars, money that I had saved from my time in University. I didn’t expect much to come of it, but I’m happy something did. It was an album that I made because I wanted to show the people I love that I was interested in making something, even if at the time, I wasn’t quite sure what that something was. I was basically saying, “Hey mom! I made an album, and I love being an artist, and I’m doing this for real!” So essentially it was an album that I assumed only my mom would listen to, haha.

This album was much more serious. I did a lot of growing in the few years in between. I acquired some funding which allowed me to give the work the time and attention it deserved. Personally, I went through a lot of turmoil which definitely informed the music. As the recording was wrapping up, my partner of 8 years and I split up, which was incredibly painful. Ending a long partnership like that felt like uprooting an oak tree and from that experience I started dealing with some serious anxiety problems, which is still an ongoing process. Feeling like you’ve lost control of your life can be terrifying and it took me a while to get back on my feet again psychologically. This is all to say that the music is much more emotionally charged this time around, which I think is ultimately a good thing. I’m not sure turmoil results in better music, but it’s certainly weaved into the fabric of the songs, even if it was unconscious.

You’re heading out on a Canadian Tour in support of the Not Mine Anymore starting in June. What are your plans for the rest of 2019?

I have very little planned, which is great. I’ll probably start writing some music again, I’m sure I’ll keep busy, but honestly, I’m looking forward to lying in my bed watching Youtube videos and episodes of The Good Wife.

That being said, I’ve started a podcast with my fellow artist/best friend, Kira May, called “Grilith Fair” where we interview artists, with a focus on women, people of colour, and LGBTQ+ peoples. It’s been a very positive experience, and with each interview, I feel like I’m gaining an unique education, I love it. I also love talking to other artists! It’s easy to feel alone in this industry, but everyone is struggling, everyone is striving. We have to support each other.

Your sound is a hard one to categorize because it’s so diverse – a blend of pop, electronic, synth, jazz, and musical theatre. How do you describe your sound to people? What’s the quick description soundbite?

I think the easiest name to call it is Synth-Pop/Jazz, but yes, it is difficult to categorize. I actually wish I could be more specific. I think the only unifying factor is that it’s coming from me. I’m into so many different genres of music, so when I write, it all comes out this way. Can’t help it.

What are you listening to these days? Give us your 5 fave tracks on your current playlist.

In no particular order: