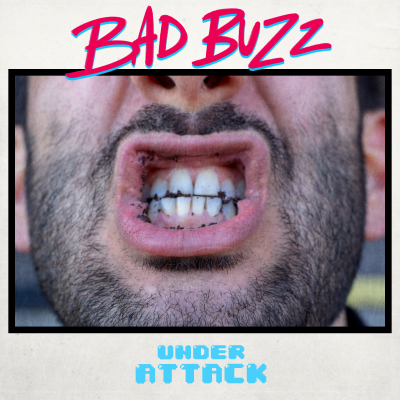 With one week to go before the May 31st release of their upcoming EP, Try Harder, Toronto’s Bad Buzz have released their fourth and final single from the release. “Under Attack” follows a string of singles released over the course of the last month and a half that includes “Talkin’ Shit” (along with an accompanying music video), “Day And Night”, and “If It’ Right”. Now, Bad Buzz has dropped their latest track, “Under Attack”.

Bad Buzz’s latest single, “Under Attack”, is perhaps their most ambitious among the four singles released ahead of Try Harder. The song, within the pop-punk style, experiments with dissonance, giving it a certain edge, while moving through a number of different musical passages to deliver a strong performance, both from a recording and songwriting point of view.

Share this:
Related ItemsBad BuzzontarioOntario MusicToronto ONTry HarderUnder Attack
← Previous Story PREMIERE – Tara Kannangara releases new album, “It’s Not Mine Anymore”
Next Story → Reuben and the Dark release video for new single, “You and I” and deluxe version of Arms Of A Dream