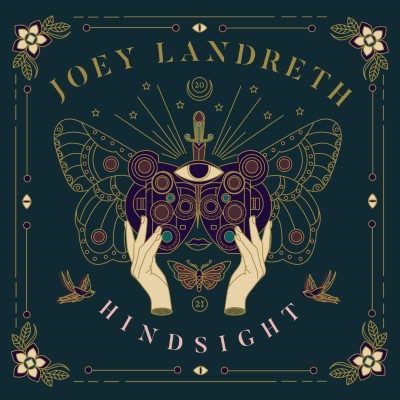 Winnipeg-native Joey Landreth is back with his sophomore album Hindsight; a follow-up to his 2017 debut album Whiskey.

The singer-songwriter’s original introduction came as a member of JUNO Award-winning roots-rockers The Bros. Landreth. The band’s acclaimed 2013 release Let It Lie kept them on the road for four years, which Landreth followed with a brief hiatus in order to focus on other creative projects.

His guitar stylings have been praised by the likes of Premiere Guitar, That Pedal Show, and Guitarist Magazine, and there’s no question why. Landreth hooks you in from the first chord on the opening “Forgiveness.” From there it’s a nine-track compilation of silky rhythms, enticing vocals, and perfect production.

Landreth takes an unflinchingly honest approach to his songwriting, coupled with a soulfulness that will leave you both satisfied and heartbroken. From the bluesy-rock “Where Did I Go Wrong” to the almost tropical vibes in “Heart of Hearts” until the final chord on the nostalgic title track “Hindsight” and everything in between.

Each track on Hindsight lends its own flavour without losing the consistency of his soulful alternative/singer-songwriter sound.