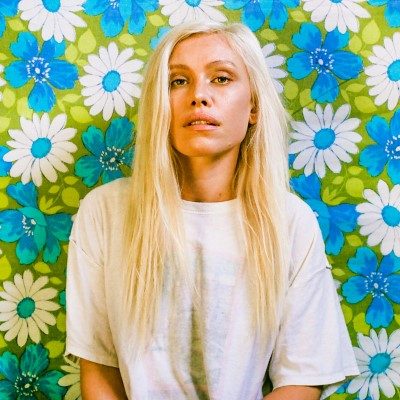 APRIL is the newest album from Vancouver based artist, Emily Rowed.

APRIL starts simply, with Emily coaxing the listener in with haunting, gossamer like-vocals before opening into the electronic lo-fi beat that characterizes the album. What follows is a very intimate set of tracks, confiding with the listener a very personal journey. It’s clear that Emily Rowed put a lot of her heart and soul into these tracks.

APRIL is a love story – through and through – but a very realistic portrayal of love in the context of a long term relationship: ups and downs included. Through the lyrics and tone,  APRIL details the story of a girl jumping feet first into a relationship, and although not regretting the decision, coming to realize that a real relationship takes a lot of really hard work.

Standouts on the album to me were the tracks “Pinball” and “Stardust”. “Pinball” uses a xylophone to great effect to help the listener visualize Emily’s memories of the first time she met her love: over a pinball game. The song perfectly captures the excitement and nostalgia associated with that meeting, contrasting it with a meditation on an uncertain future. The track “Stardust”, then, has the tone of a church hymnal as the lyrics contemplate a fairly lofty topic – if the artist and her partner do not put the effort in to keep their relationship going, what would the effect be on their family. As the lyrics say, “We can’t give a broken home to the children we grow… we can’t be a lonely desert for the children to rescue.” The song makes a plea to her love by repeating the mantra “Remember what you’re made of, rhythm and stardust” — a beautiful universal truth that I think any listener can carry out of this context to their own lives and struggles.