Mackenzie Porter celebrates her first number one song “About You” 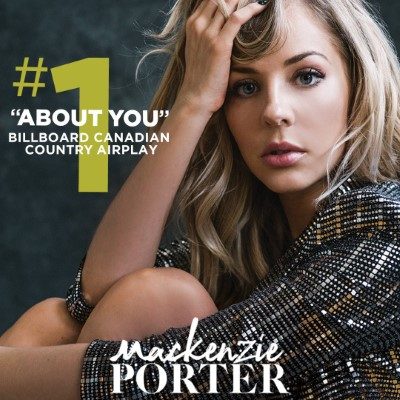 Mackenzie Porter is basking in the glory of earning her very first Billboard Canadian Country Number One hit, with her song“About You”. The chart-topping hit was the first of seven new songs Porter has released since December 2018. “About You” has collected nearly 4,000,000 streams to date on various music platforms and has primed the industry and fans alike for the release of new music from Porter. Porter’s success on the charts makes her the seventh Canadian female artist to reach the number one spot on the Billboard Country Airplay chart in 25 years, and the first female independent artist to do so.

The official music video for “About You” stars Porter and her real-life partner Jake Etheridge.