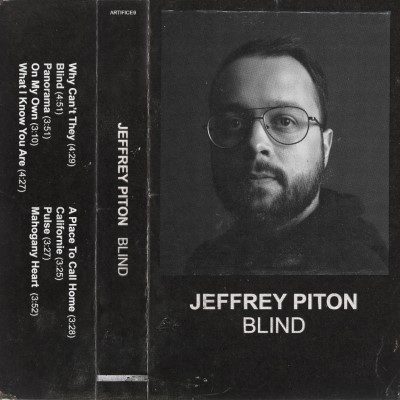 Piton’s vision for the album was held with the firm intention to remain as organic as possible in the choice of arrangements and instrumentation. Blind is a happy mix of ballads, catchy songs and also includes two songs performed in French. The album has been long awaited by fans of Piton who watched his star rise on the first season of La Voix in 2013 as a member of team Marie-Mai. Blind revels itself piece by piece and gives a prominent place to the unique voice of Piton while highlighting his undeniable melodic talent.

One of my favorite tracks on Blind is the opening song “Why Can’t They.” You get a taste of Piton’s soulful and smooth vocals, while the track itself is catchy. “On My Own” is another one of my favorites. This track had me clapping and singing along. Overall the whole album has a great sound and Piton shines through on each track. I enjoyed listening to the album a few times, and consider myself a new fan of Piton’s music. Other stand out songs on the album for me were “Panorama,” “Californie,” and “Mahogany Heart.”

Piton recently performed in Toronto, ON at The Painted Lady during the Canadian Music Week. Piton will perform in Montreal at Le Ministère on May 23, 2019.