Who: Terri Clark Master in Residence
When: May 15, 2019
Where: National Music Centre, Calgary AB

On May 15, at the National Music Centre at Studio Bell, renowned Canadian country music artist Terri Clark graced fans in an evening of conversation and song as the latest RBC Master in Residence.

Through the generous support of the RBC Foundation, a select group of emerging songwriters received an intensive one-day mentorship session with Clark. Participants include multi-award-winning artist Tracy Bone from the Keeseekoowenin Ojibway First Nation in southwestern Manitoba, Vancouver singer-songwriter Shylo Sharity, and Calgary-based Mariya Stokes. The results from the mentorship were presented as part of the Songwriters’ Circle.

The evening started on a high note,  going back in time with quick performances of two classics, “Better Things To Do” and “Poor, Poor Pitiful Me“.

Calgary’s Mariya Stokes was first up performing her song, “Christmas, Arizona”, which she says is “not about the holiday, it’s actually about a small town in Arizona called Christmas, and some other stuff…”. This will be her second single, and it’s definitely a great track, with incredibly strong vocals. 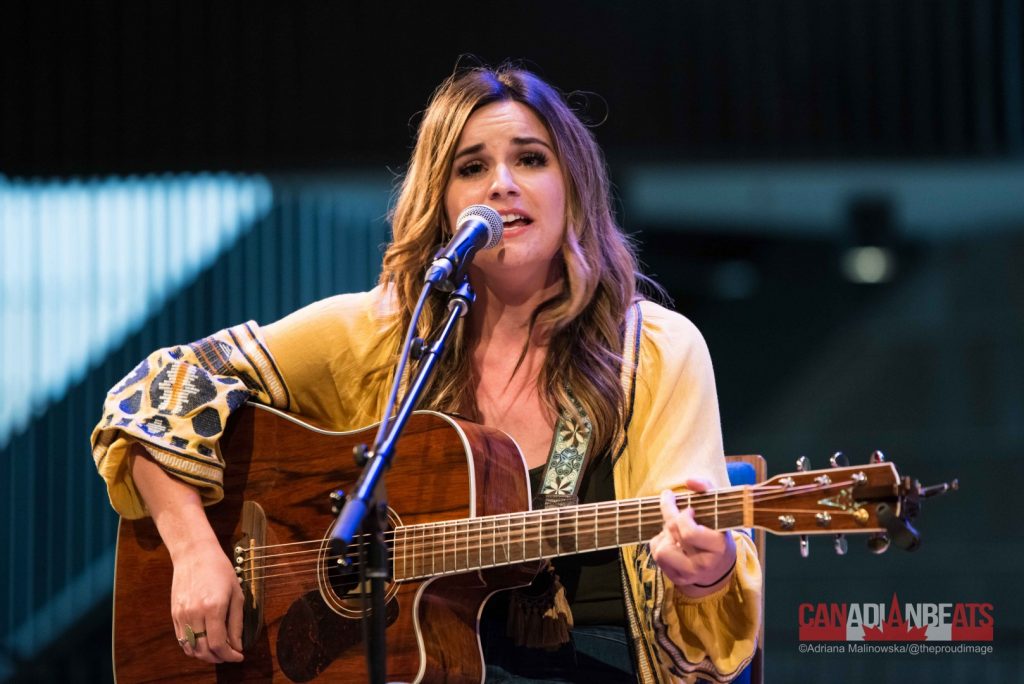 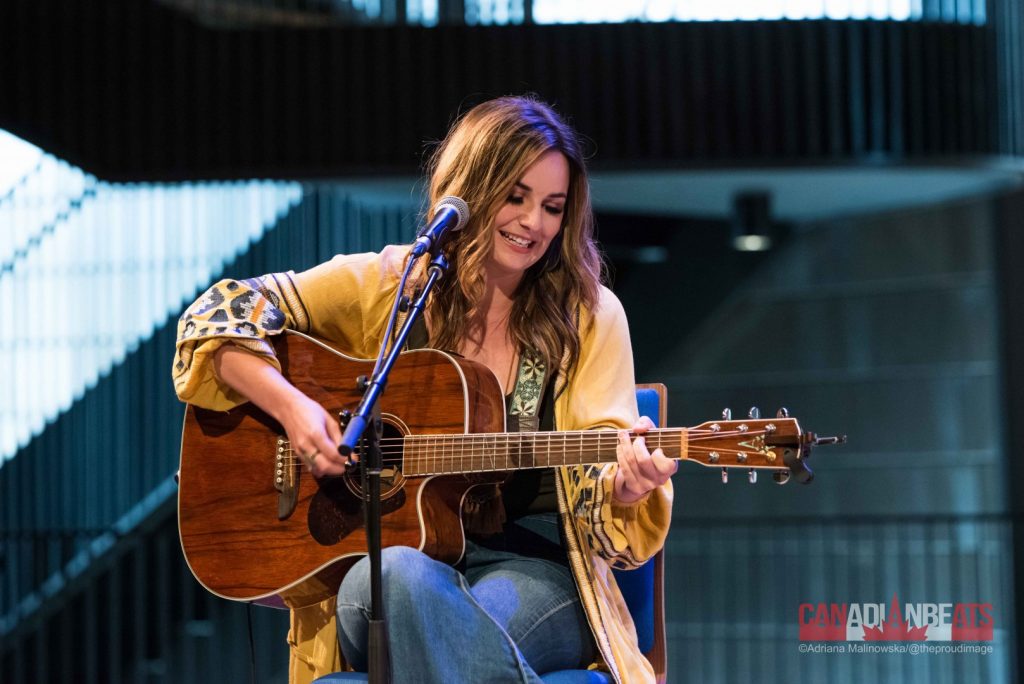 Next up was Keeseekoowenin Ojibway First Nation in Manitoba’s Tracy Bone. She performed a song “Women In Red” that she was inspired to write as both of her grandmothers were students of Residential School, and she states how important it is for her to understand that history, and have that knowledge of ourselves in that sense and to reclaim who we are and promote that love and that reconciliation. 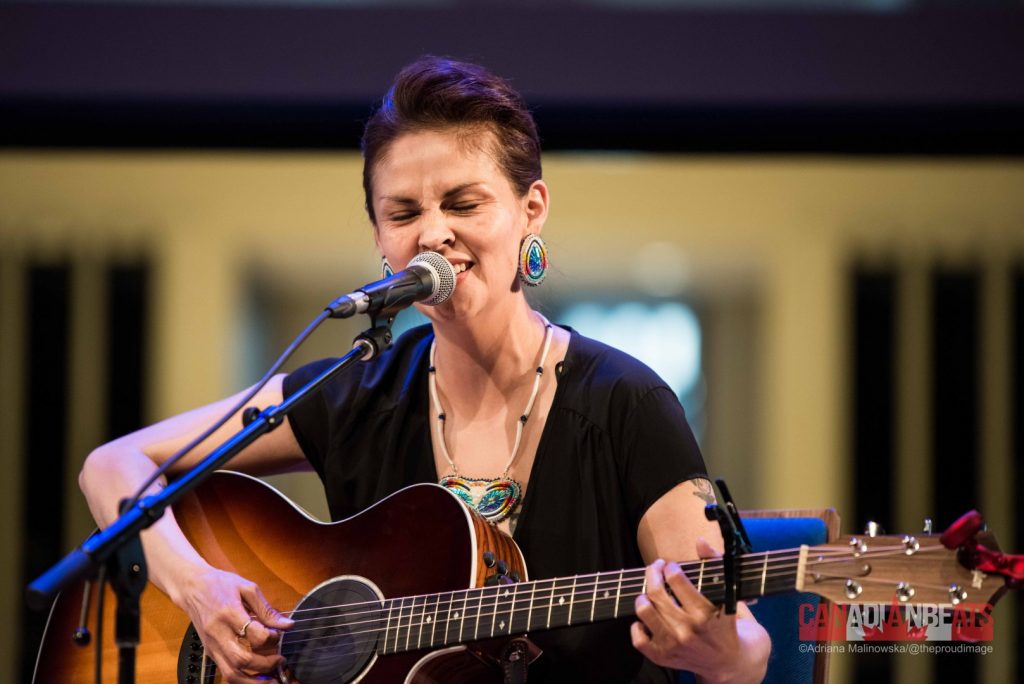 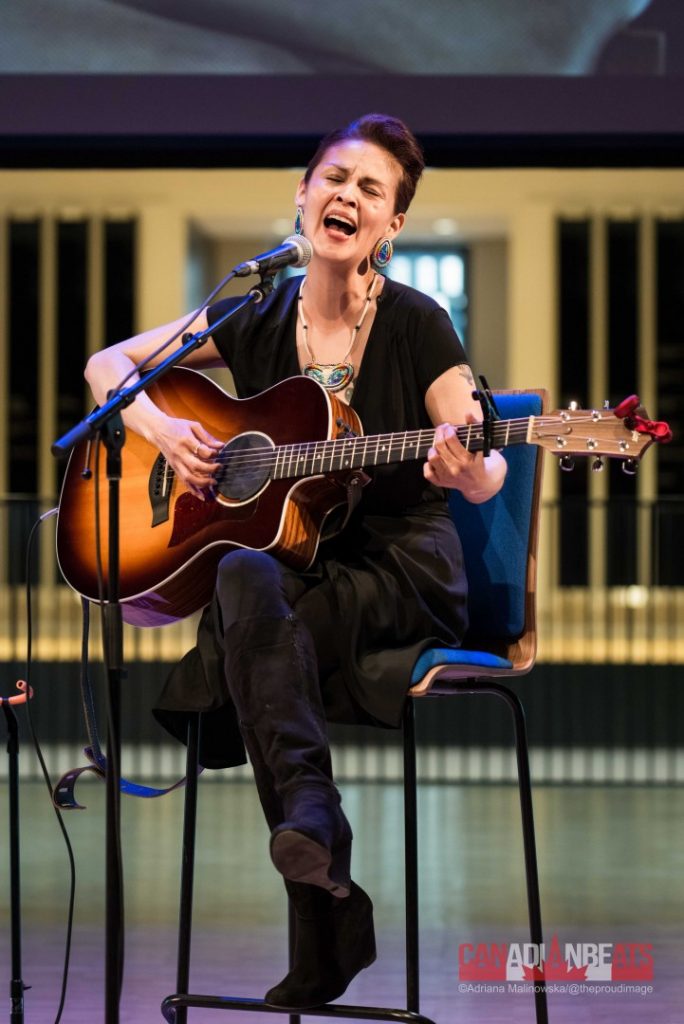 The third performer was Vancouver’s Shylo Sharity who recently released a single, “Summer Of You” which you can check out HERE. Although she didn’t perform that track, she performed a song called “Daddies” that was written with Kalsey Kulyk in Nashville about her dad, and the way that she was raised in her upbringing. This is truly an intense, emotional track and Shylo’s vocals are absolutely perfect. 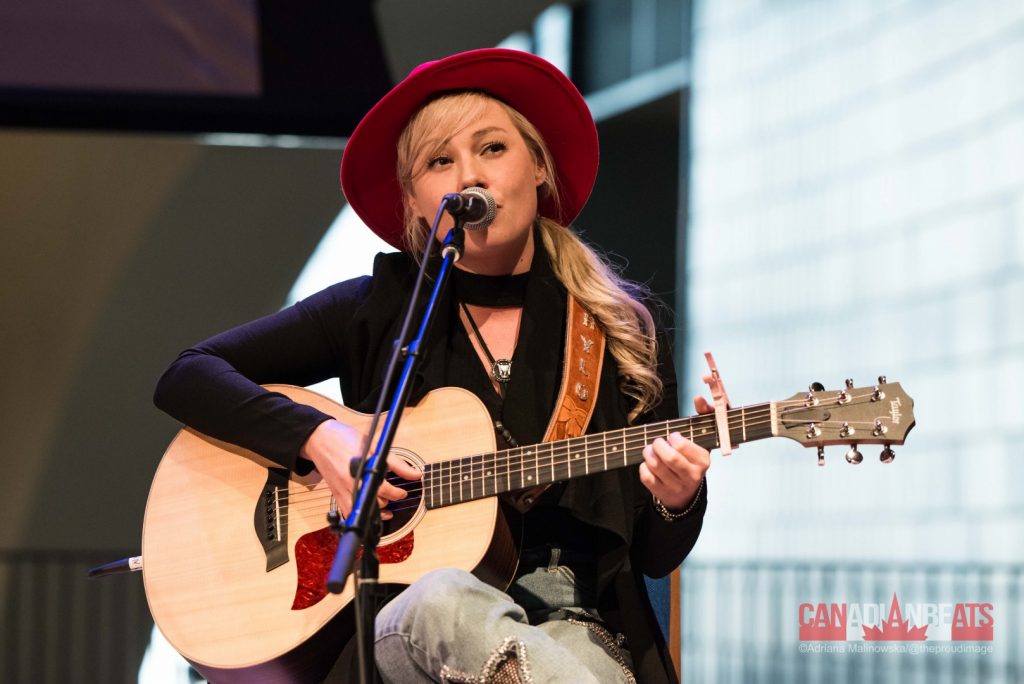 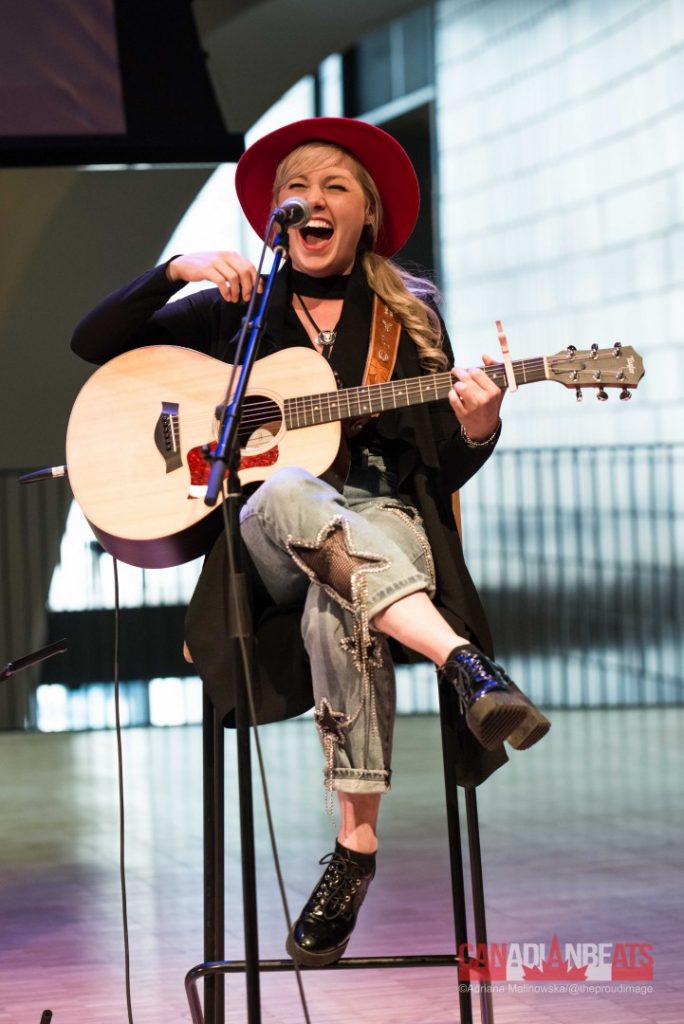 To close out the event, Terri performs her almost ten-year-old track, “Gypsy Boots” which was the lead single off an album that was her very first independent record in Canada after breaking free from a major label in Nashville and decided she wanted to focus on her home country with her music from that time on.

“I always tell people that this is kind of my life story. It’s about being a road dog and being on the road. I haven’t taken more than 3 weeks off probably in the last 23 years, because I love performing so much. I love the connection that I have with you guys and with audiences and people and it means so much to me and it’s really what I feel like I’m best at and what I love to do the most, so I wrote a song about it and I tell people if they think they might want to date me, they probably should listen to this first.” 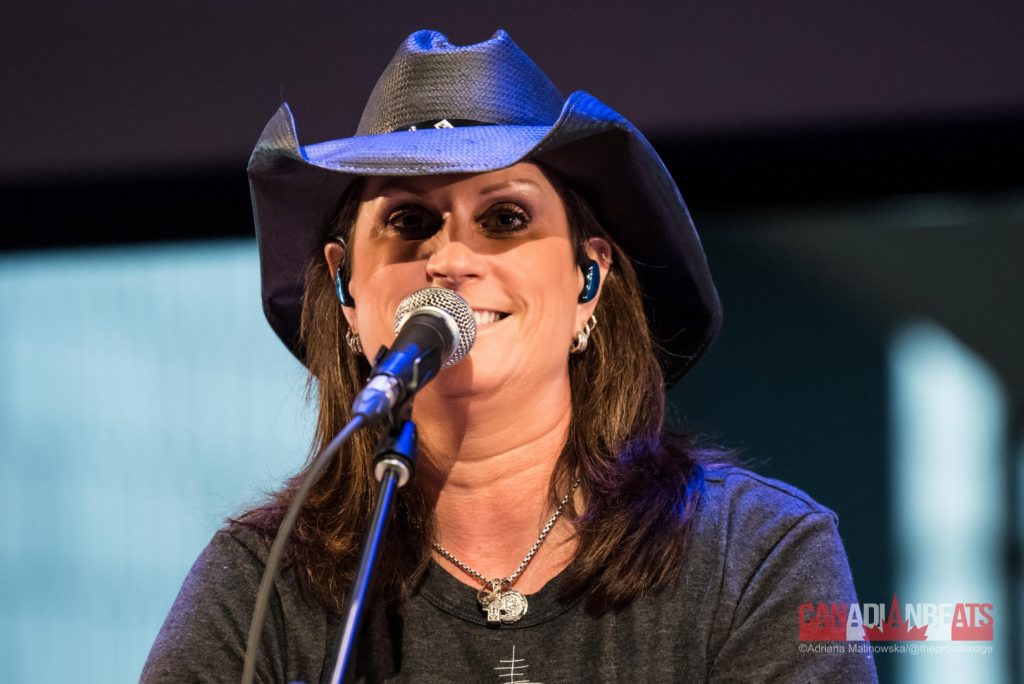 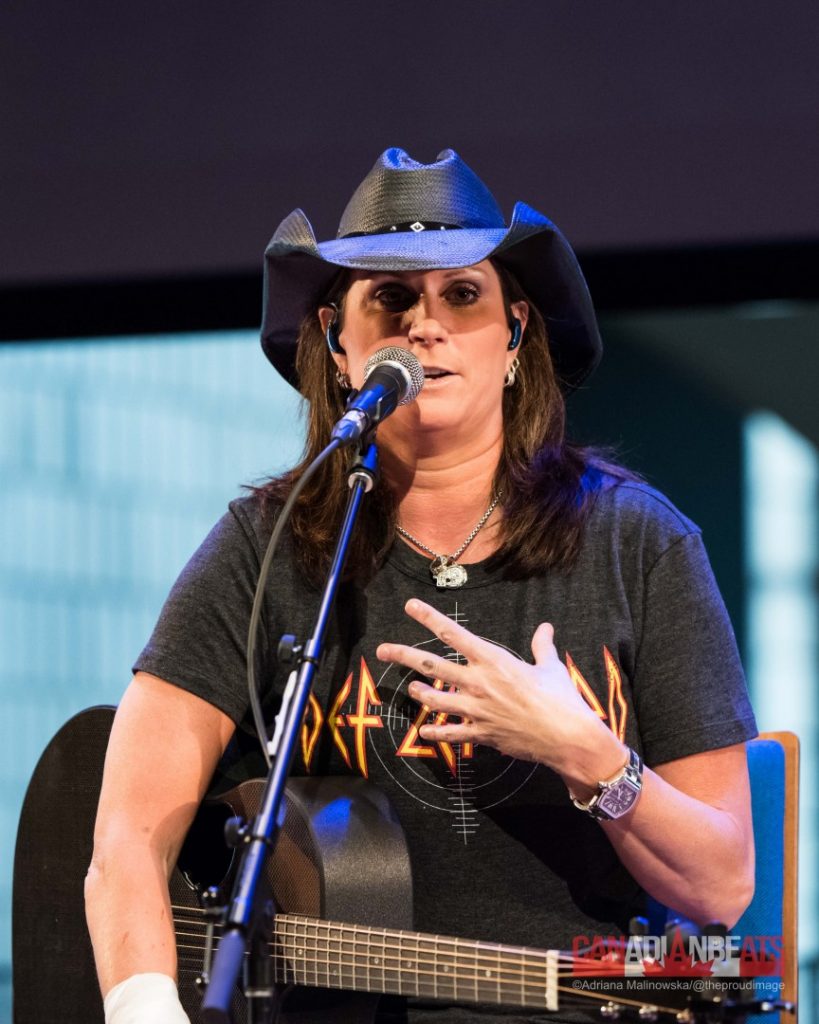 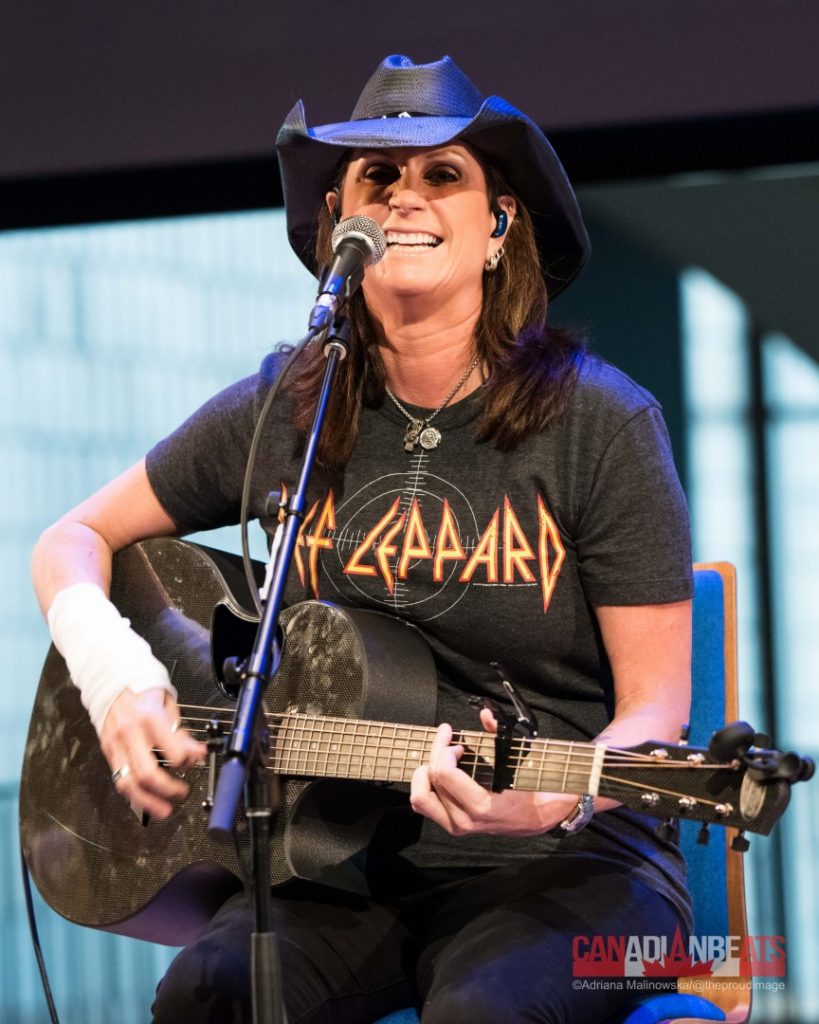 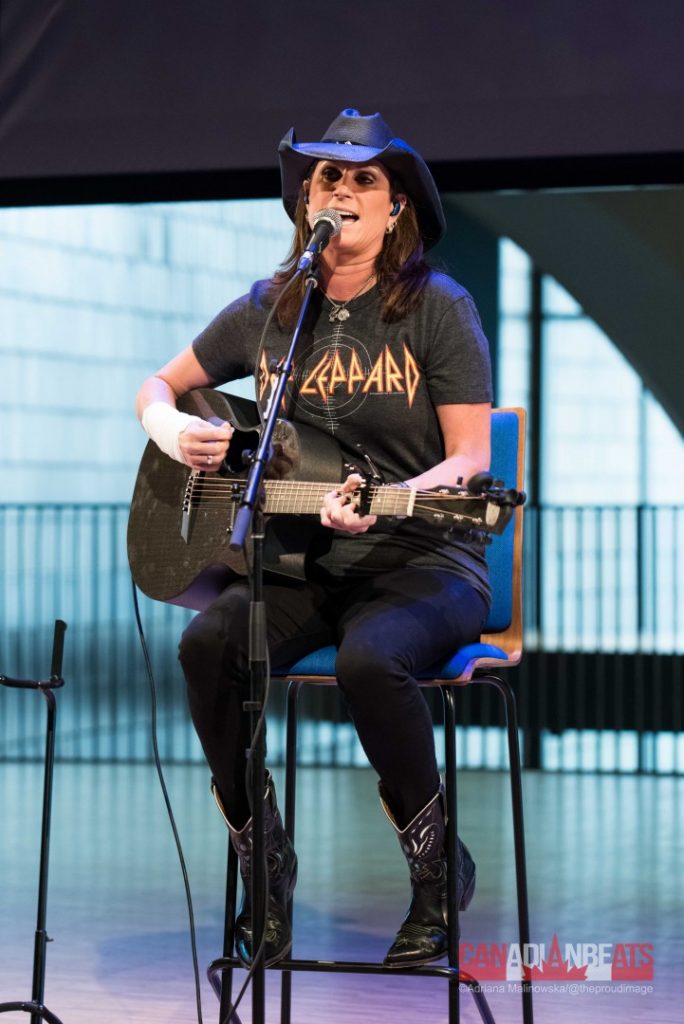 This event was truly a great night of music, my only complaint is simply it was too short. So much talent in so little time.