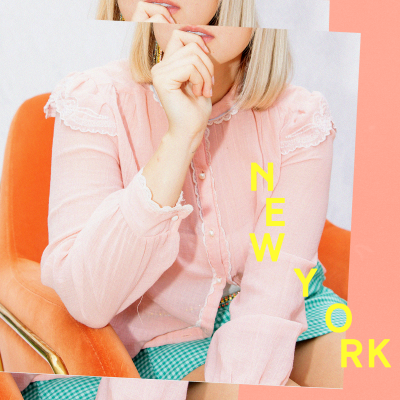 Toronto-born, Nashville-based indie/folk singer-songwriter Kate Gillespie released her brand new single, “New York” on May 10, 2019. The single is produced by Nashville producer and mixing engineer Collin Pastor and is an elevated extension of her previous single Not Having Fun, released in July of last year.

“New York“ is about the conflicting emotions of finding out that you’re the other woman after you’ve already fallen too deep into the relationship to want to leave.

Give the single a listen below, and find out more about Kate in our Five Questions With segment.

Hey everyone! My name is Kate Gillespie. I’m a Folk/Americana singer-songwriter from Toronto, Canada, currently based in Nashville Tennessee.

I use a combination of vulnerable storytelling and finger picking on guitar in just about every song that I write. I often times write songs that have subject matters that I find uncomfortable to talk about in any other way than a song. Doing that has always helped me to get the most honest result when it comes to the lyrical component of my songs.

I currently I have a Sofar Sounds show in St. Louis Missouri and a show at the East Room in Nashville scheduled for next month. I’m also in the process of booking a couple of shows in Toronto! It’s been a while since I’ve been able to perform in my hometown, so I’ll be looking forward to those the most.

My live performances tend to be intimate interactions with the audience in hopes of moving people and making connections through my music.

“New York”, which is my latest single that I released on May 10th. I’m not only suggesting it because it’s the newest, but it is truly my favourite song I’ve put out so far in terms of the lyrical content and musical arrangement. I had the opportunity to work with a fantastic Nashville producer on this one, Collin Pastore of Boy Genius(Pheobe Bridgers, Lucy Dacus, Julien Baker).

To name a couple: Alvvays, River Tiber, and while it may be a given, Joni Mitchell is one of my forever favourites.