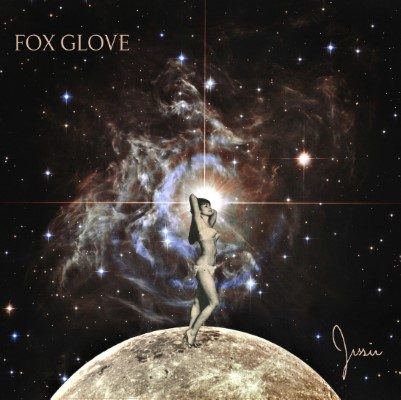 Jessie is the first full album of the Victoria-based band, Fox Glove.

“Jessie” immediately grabs your attention with a strong open as the first few bars is a trio of female harmonies to a hard electronic guitar strum before the song proper kicks in. What follows is a mix of songs with complementary genres that create a wonderfully dynamic flow to the album.

After the folk-rock of the opening “Jessie”, the next track, “Universe Be Damned”, is a dark hymnal with an electronic drum beat punctuated with a playful xylophone. Following this is the track “Dear John” which has the sloping beat and romantic piano riff of a classic torch song. Afterward is “The Devi’s Grin” which uses a classic guitar to create a dark fairy tale, starting with its opening of an eerie a Capella rendition of “Ring around the Rosie”.

After this track, the songs “Never’s Better than Late” and “Breath in the Wind” have an almost classic country sound – but each with their own little quirks. For example, “Never’s Better Than Late” has a truly beautiful interlude verse about the death of a loved one by disease. I was particularly moved by the line that after a woman’s death, her lover can only “[lay] down in the tomb where his universe lays.”  Finally, the song “In the Morning” is a simple lullaby to put the listener into a restful sleep after such a journey.

This variety of genres and lyrics in Jessie all feed into the central subject of the album – the loss of someone whose extraordinary presence clearly touched the band (presumably with the namesake that is the title of the album). I would highly recommend this album, but particularly if you want an album to share in the passing of a life with – both in grief and in celebration.