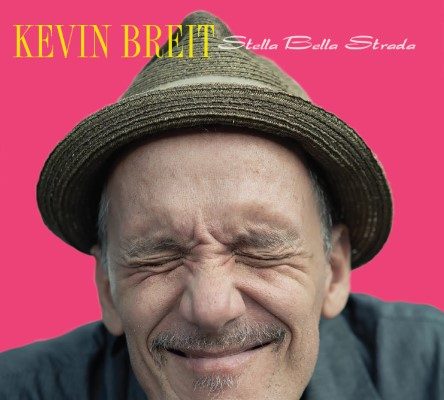 On May 31, Canadian acclaimed guitarist and performer, Kevin Breit will release his second solo album, Stella Bella Strada via Stony Plain Records. The album was produced, engineered, mixed, and mastered by Kevin himself.

Kevin shares on the album title,

“Stella Bella Strada loosely translates to ‘beautiful star of the road’ and is aptly named for a new guitar built by master luthier and grand friend, Joseph Yanuziello. Did I want a one-of-a-kind instrument that could offer a fiery tone and is capable of fitting in many genres? Yes. Did I want an instrument that was lightweight and didn’t require a chiropractor after every show? Yes. Did I want Marcello Mastroianni  and Sophia Loren peeking out from under the Mojo pickup grills? Yes. Did I want it to light up when it was in high gear? Yes. Did I want my initials on the tone and volume controls? Why not? So, this is where the road trip starts.”

On top of the upcoming release, Kevin has also released a video for the title track which you can check out below.