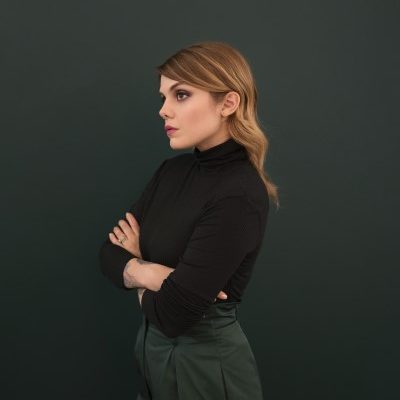 One of Quebec’s brightest stars, Coeur de Pirate, is back with an all-new single, “Ne M’appelle Pas” (Don’t Call Me). Less than a year after the release of her JUNO nominated album En cas de tempête, ce jardin sera fermé, Béatrice Martin, better known as Coeur de Pirate, has teamed up with multi-award winning Montreal artist and director Laurence “Baz” Morais to create a captivating video full of playfully eccentric and unpredictable vignettes.

Click below to watch the video, which Martin captioned on Twitter (translated): “How to live your best life after a breakup.” You can also check out streaming options here.

While there’s no word on when a new album might be coming, Martin announced in an instagram post in December that she plans to transform herself in 2019, possibly even dropping her stage name altogether, though she plans to continue making music. Whatever else she has in store, “Ne M’appelle Pas” suggests it’s going to be great.