Home / Interviews / An Interview with Nick Farkas and Dan Webster

An Interview with Nick Farkas and Dan Webster 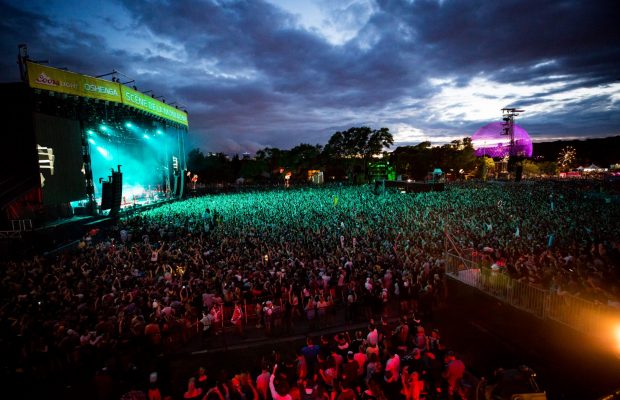 Canadian Music Week brings some of the biggest names in music to Toronto for a week of events, conferences, and of course great music. We got the chance to sit down with Nick Farkas and Dan Webster, who are longtime Canadian bookers that got their start in the punk scene and now book every kind of music. The two, both based out of Montreal, play huge roles in the booking and execution of Montreal’s largest festivals, including ’77, Heavy Montreal, Osheaga, and Ile Soniq.

CANADIAN BEATS: What drew you to working in the music industry?

NICK: I started booking punk rock shows for fun. One of my buddies was doing it, and I loved the music, I loved the scene. It seemed like he was having a good time doing it and he’s like ‘Do you wanna help me do this’ and I was like ‘Yeah!’. I was going to school, and this – finding bands and bringing them to town – just seemed so cool. Never in a million years did I think this would be a job or something I would do as a career. I feel very fortunate.

CB: It seems like nowadays, especially here in Toronto, we seem to be losing music festivals left and right, and I’m wondering with ’77, Heavy Montreal, Osheaga – what about these festivals do you think helps them continue to grow and be successful?

DAN: Well I think that there’s a lot of experience that goes into putting those shows together; a lot of planning beforehand and a lot of knowledge about the market. We’ve been in this for a long time. We’ve been promoting for 25+ years, and when you have that kind of experience, you don’t always just jump right into everything; you ask a lot of questions, talk to a lot of people, and you end up usually not killing [the festival], which can happen if you’re somewhat inexperienced.

DAN: When we produced those shows at the beginning, there was personal risk involved for us – our livelihoods were at stake – and we produced what we thought was going to be Glastonbury at a farm in the eastern townships in Quebec. We failed miserably, but not so bad that it killed us. We learned a lot, and what we knew first and foremost is that if we do this again, it has to be near the city, and more accessible to more people.

NICK: If you’re trying to draw people to a festival, having one of the best cities in North America as a backdrop helps. With all of our festivals, you can stay in a hotel, in an AirBnb – wherever you want, and then you get on the subway and you’re at the site in 10 minutes. The more you use your city, the more more it works out. 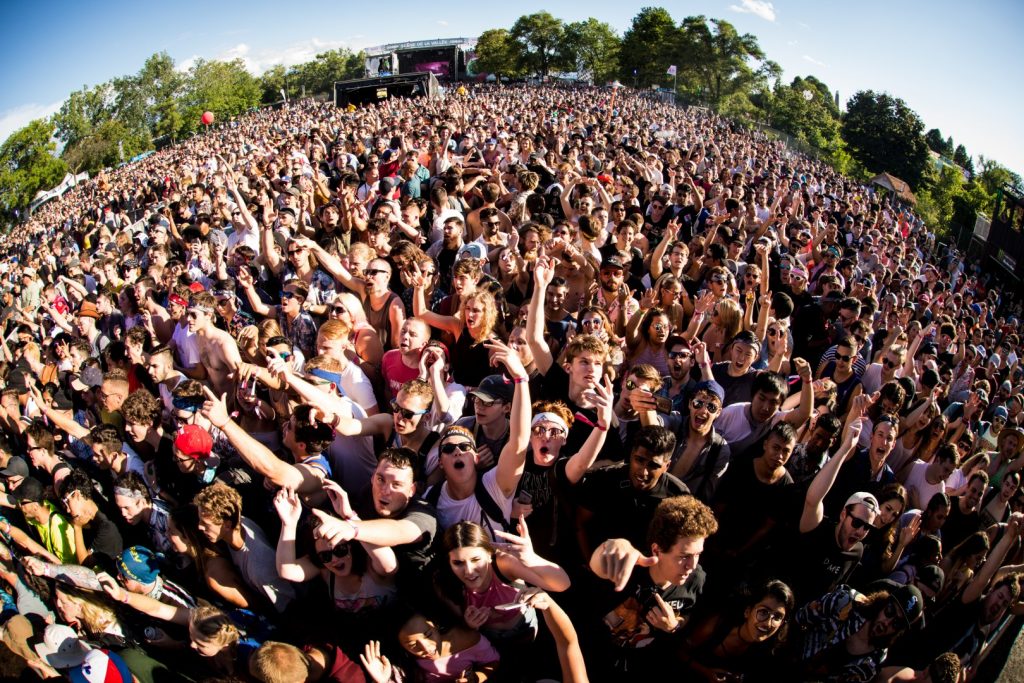 The crowd at Osheaga – Photo by Tim Snow

CB: The music industry and access to music has changed a lot over the years, especially with Spotify and Apple Music – has streaming has a major impact on how you locate and book artists?

NICK: When we were young, music wasn’t as accessible; you had to find it and you had to work hard, you had to go to record stores and sometimes other cities.

DAN: You had to tune into a radio station that played punk rock in the middle of the night only haha.

NICK: You really had to work for it. Now you don’t have to work as hard; it’s everywhere. What I love with the current streaming services is that you can go off on a tangent. I find a song and the next thing I know I’m 50 songs deep exploring things that came out of that one song. I think it’s the most amazing thing that’s happened in the music business and to concert promoting. Mainstream music is still mainstream music, but now there’s 50 niches that you can book and be successful with.

DAN: A small or medium sized artist can play to 500 people in 400 cities around the world and make a living because they’ve been distributed that way. Or anyone, like a small, obscure metal band will have a following of 100 or 200 people everywhere. Everybody’s been able to listen to it. The downside of streaming is that artists aren’t making money from selling that music, so they actually have to go out on the road and satisfy those markets. But that works for concert promoters!

CB: Are there any changes to the festivals we should expect this summer, or things to look forward to?

NICK: For all our festivals we’re on a new site – our old site, actually, which has been renovated. For anyone who hasn’t been to Parc Jean-Drapeau in Montreal, it is one of the most spectacular festival sites in the world and definitely in North America. It’s phenomenal.

NICK: It’s beautiful, and accessible by metro! It’s exciting for us because for two years we’ve been on temporary sites while they’ve been rebuilding it. For ’77 this year, it’s going to be run on an entirely new site that we’ve never been on before. It’s gonna be really fun, and the beauty of what we do is we’re there for three weekends, so we can change things and move stuff around. From festival to festival, the experience is different. We create a unique identity for ’77 and then the next day, a unique identity for Heavy. And then Osheaga, then Ile Soniq. We have the best production team in the world. They’re super creative, and try to find ways to make the experience like nothing else. At ’77, for just $77 per ticket, you’re experiencing those bands on state of the art stages with all the things you wouldn’t be able to afford to do normally, and we can do because we’re there for three weekends. What we’ve always tried to sell with our festivals is the experience. It’s a microcosm of Montreal, on an island in the middle of the St Lawrence River.

You can find more information about the upcoming festivals at the links below:
’77 Montreal
Heavy Montreal
Osheaga
Ile Soniq

Interview has been edited for clarity and length.