The show’s opening number was a tribute to funny man, Sir Charles Spencer Chaplin. A slick dance routine paired with one of his well-known musical themes had the crowd instantly locked into the show. With the dancers costumed in true Chaplin style topped off with his signature mustache, it was a great start to the evening’s journey through songs and movies.

Dirty Dancing is nothing short of an iconic film. Known for both its music and strong dance numbers, the film is an easy choice for a show such as New York – Hollywood. Paired with the classic song “(I’ve Had) The Time of My Life” which was the closing number in the film and one of the most memorable dance scenes in Hollywood, the song and film continues to be a crowd favorite over the years. Fortin and Lanthier performed the song while the dancers recreated that memorable scene from the original film where the actors Patrick Swayze and Jennifer Grey danced, and Grey was lifted into the air by Swayze.

One of my favorite movies is Ghost, and there is no doubt we all have the scene where Patrick Swayze and Demi Moore spin pottery together to the timeless jukebox classic “Unchained Melody.” Lanthier took the lead to deliver us flawless vocals, while the dancers performed a Cirque du Soleil-esque routine retelling us the storyline from that scene in Ghost.

Another one of my all-time favorite movies is Sister Act. Fortin took to the stage with her own group of nuns to perform hits from both Sister Act 1 & 2. Singing “Shout,” “Rescue Me” and “Oh Happy Day” Fortin had the crowd on their feet with nothing but high energy as she delivered great vocals and character.

Throughout the night we heard music from other amazing films such as; The Blues Brothers, Ghostbusters, The Bodyguard, Jersey Boys, Back to the Future, Love Story, Mamma Mia!, andThe Buddy Holly Story. Some of the songs performed included: “Soul Man,” “Ghostbusters,” “The Power of Love,” “That’ll Be the Day,” “Dancing in the Street,” and “Ain’t No Mountain High Enough.”

One of the most stand out performances of the night was Fortin performing The Bodyguard’s mega-hit, “I Will Always Love You.” Whitney Houston is not easy to deliver and Fortin performed it with such ease that it earned her a standing ovation from the crowd. Mathieu also brought some amazing vocals to the stage with both her solos and ensemble performances. Both Lacasse and Lanthier wowed us as well during their The Blues Brothers, Jersey Boys, Buddy Holly Story, and even Motown inspired performances.

The evening rounded out with a tribute to one of the most recent biggest blockbuster hits in Hollywood, Bohemian Rhapsody. With a five Queen song encore, including the movie title track “Bohemian Rhapsody,” “Somebody to Love,” “Another One Bites the Dust,” and the crowd favorites “We Will Rock You,” and “We Are the Champions” the audience went crazy with enthusiasm. Fortin, Lacasse, Lanthier, and Mathieu delivered stellar vocals throughout the night and helped bring the music to life. These are definitely four talented vocalists who stand on their own merit. While the artists and musicians brought the music to new heights, it was the dancers that elevated the show into the stratosphere with their tight routines and charisma on stage. With visual effects, movie screens, and Cirque style dance routines New York – Hollywood is an elevated production, fun for any movie or music fan. New York – Hollywood will run May 18, 24, 25, 31, and June 1 and 7 at the Cabaret du Casino Montreal. You can find out more information and how to get tickets here. 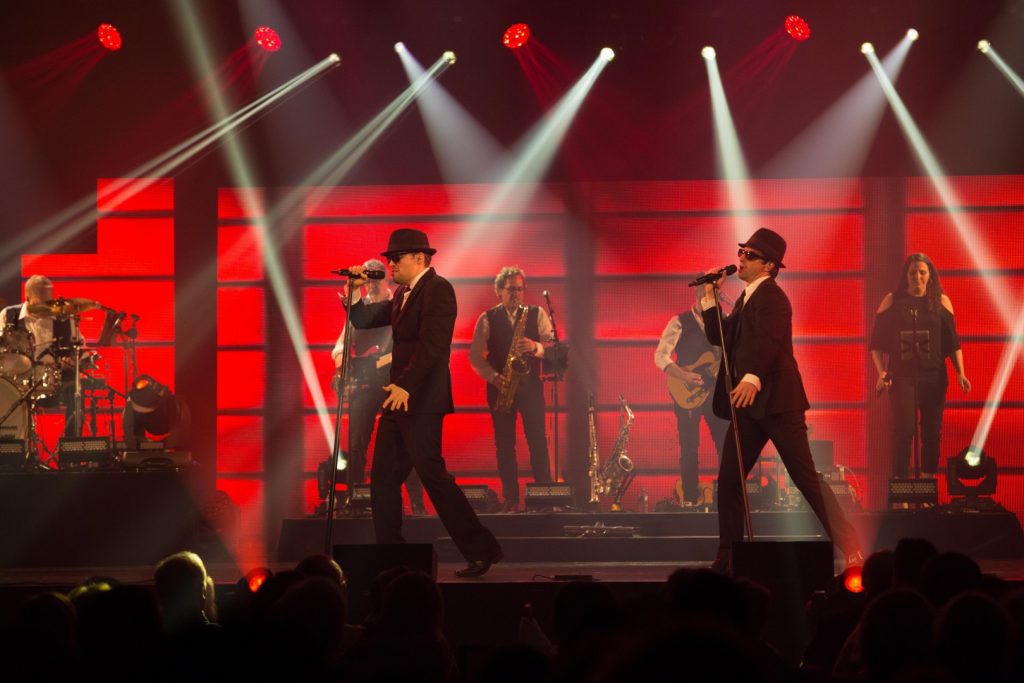 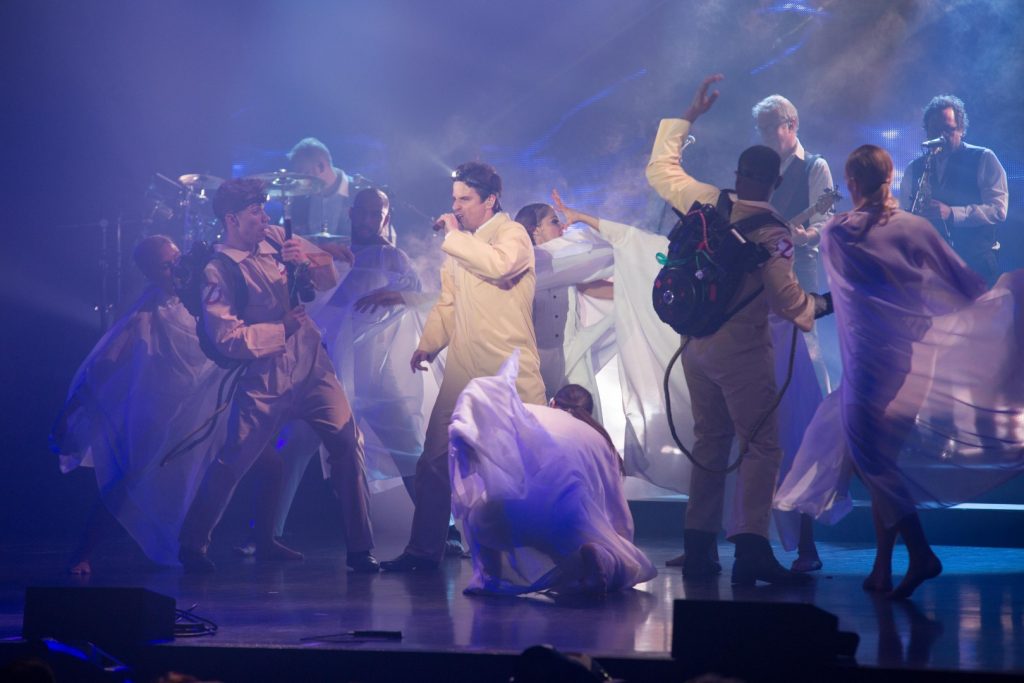 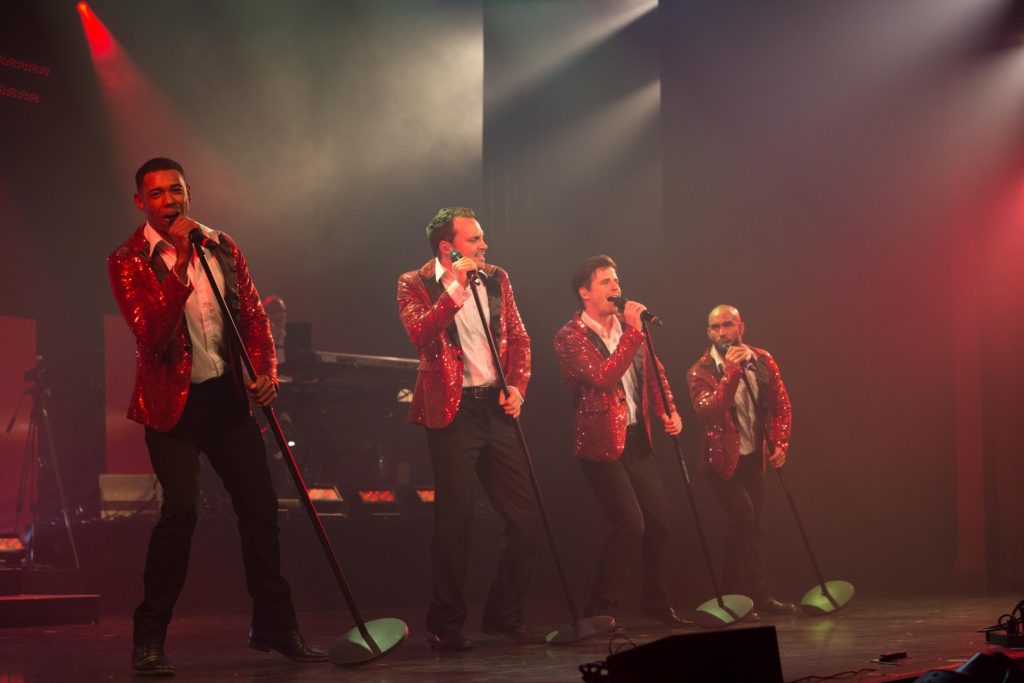 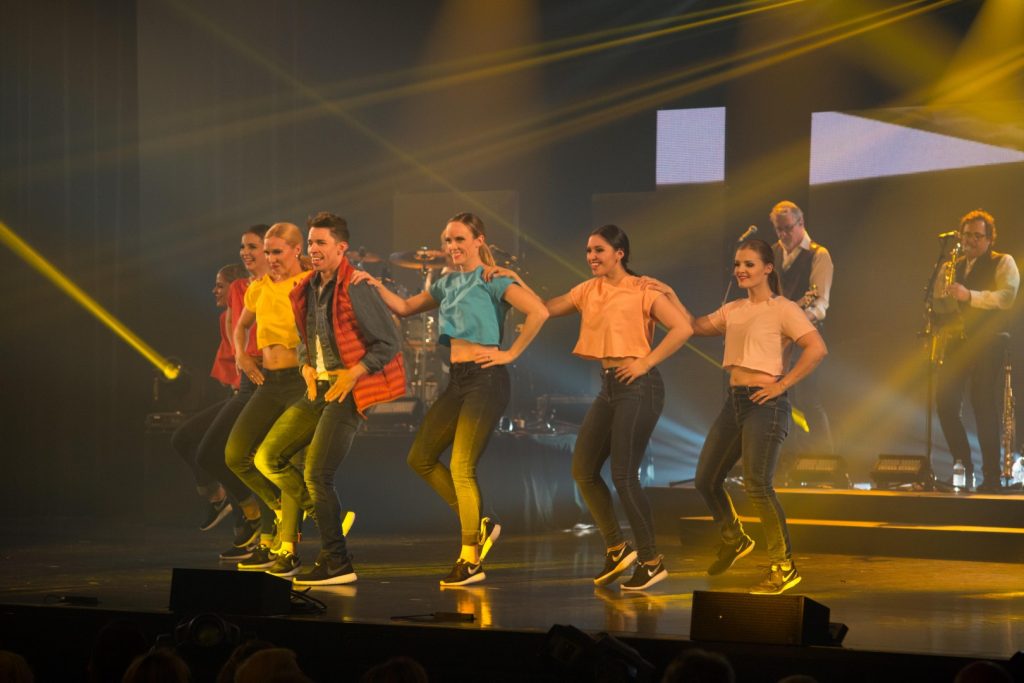