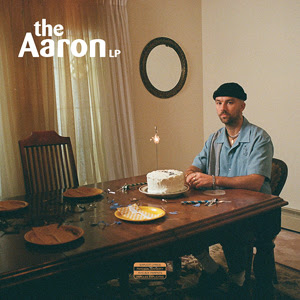 BC genre-bending artist SonReal (Aaron Hoffman) just released his new full-length album, “The Aaron LP,” on May 10th, 2019. The 10-track album takes the listener on a journey through folk-tinged acoustic ballads, and personal hip-hop joints. SonReal is able to effortlessly jump between genres, while telling stories through the music. Links to how you can listen to the album are listed here.

The Aaron LP was produced by mixing engineer Trevor Muzzy and was released on Black Box. Ontarian singer-songwriter Jessie Reyez is featured on the track “Healing.”

SonReal is kicking off his headlining tour “Aaron’s World Tour” in support of the album on May 22nd in Calgary, AB. The tour makes stops in Alberta, BC, Quebec and Ontario, and throughout the United States. SonReal is finishing the tour up in July with shows in Amsterdam, Berlin, Zurich, Paris and London. Check out all the details and tour dates here.