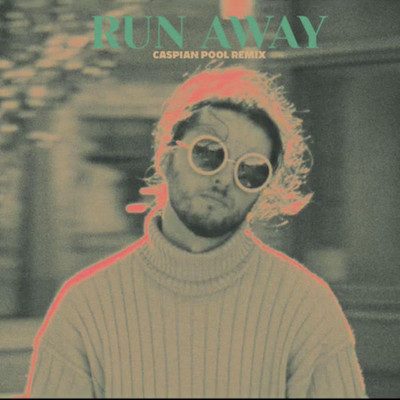 After remixing The Pirouettes, Chris Garneau and Them There, Caspian Pool delivered their signature French electro-glam touch to Old Man Canyon’s “Run Away” – concocting an electronic summer ride, bending vocals as if underwater, and detuning synths to slowly shape the curves of this solar cruising track.  Originally recorded by Pace in his home studio –  “Run Away,” puts on full display his battles with the flight or fight response, bringing the listener along with him on the relentless journey.

Old Man Canyon first gained attention with his 2014 EP, Phantoms and Friends and the momentum continued with 2016’s Delirium – which was produced with superstar producer Mike Butler (Death Cab For Cutie, Fleetwood Mac, The Rolling Stones).  Since then he has embarked on a series of tours across North America, sharing stages with artists such as Foster The People, Boy & Bear, and a sold out tour with Australia’s Paper Kites. These opportunities have arisen in part from the prominent placement of Old Man Canyon songs in TV shows such as Shameless, Suits, and Sons of Anarchy, tying their emotionally resonant music to poignant moments of onscreen drama.