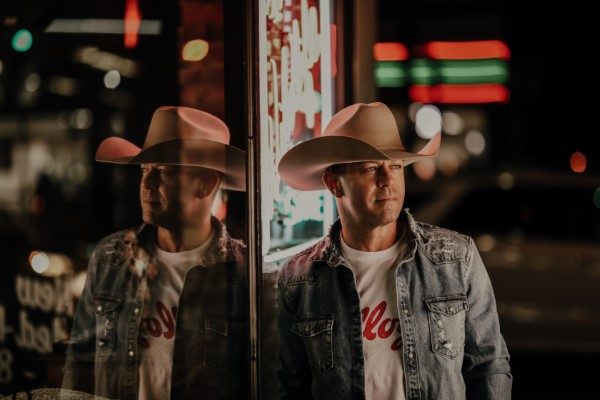 Canadian country artist, Aaron Pritchett is just off of the first leg of his Out on the Town tour and has already announced the second leg. What a busy guy! We caught up with him after the announcement, find out what we had to chat about. Also, check out the tour dates HERE.

You finished up the first leg of your Out on the Town Tour and just announced the second leg, which you’re heading out on in September! Are you more excited to play hometown shows now, as you’re further along in your career, or do you get nervous?

The first leg of the Out On The Town Tour was amazing!  So amazing that we didn’t want it to end when it did.  That being said, we all cannot wait for Part 2!  I don’t think I really get nervous anymore before I play any show, save for a one-shot deal when you play an awards show where you can’t screw up.  I get extremely excited to go on stage and do my show for anyone who wants to watch it and that just adds to the energy that the show is mostly about.  Positive, high-intensity energy that hopefully leaves people wanting MORE!!

Kira Isabella and David James are joining you on the second leg as well. Do you get to spend a lot of time with the other musicians that tour with you?

First of all, I want to say that both Kira and David are amazing human beings and it’s a bonus to the world that they are such great entertainers.  In the case of Kira, she travels on the bus with us and is such a fun-loving, funny, sweet and caring person that it’s a thrill to have her ride with us all and get to know her better.  David, sadly for the rest of us, was a great leader and bandmate for his crew that he wanted to not only travel with his band and crew but also drive his vehicle!  All in all, I’ve gotten to know and love both Kira, David, and the fine people they surround themselves with, extremely well, and I look forward to hanging with them all again in Round 2 of the tour!!

What is the most important thing you have learned about being a touring musician?

The most important thing I’ve learned about being a touring musician is that family and friends are first.  That may sound kind of out of left field but it’s not.  When all the craziness is happening on the road, life still goes on at home and needs attention as well.  Being on the road is relatively easy but making sure life at home is going smoothly as well.  Keeping in contact with those you love while you’re away is so important and must be a priority because they’re the ones who will be there in the end when those traveling days are either a lot less or done with completely.

“Better When I Do”, your latest single, hit #1 on Canadian Country radio charts recently! Is it still exciting to have a #1 song even after being a musician for 10+ years?

It sure is still very exciting to have #1’s after being in the industry for over 25 years now!  I got into the country music scene in about 1993 and consider myself to be very lucky to still be “relevant” in this line of work.  Where people still enjoying my music and are still loving coming out to the shows.  Especially, since I thought my career was pretty much over and done with between 2010 and 2015!

You’ve had other top songs as well, such as your Gold Certified single “Hold My Beer” in 2008. How has your music and writing style changed over your career?

“Hold My Beer”, I have a strong feeling, is going to be my legacy song.  It’s the one that even if you don’t listen to country music (and I know because I’ve heard this from many people over the years) everyone seems to know.  I’m so glad that I took that risk to blurt out that title when I was in a songwriting session with Deric Ruttan and Mitch Merrett that day.  To answer your question, my songwriting style never developed into one style and to this day I write songs in so many different ways.  My approach is to have a great title first and go from there!

I’m influenced by many artists but I would have to say that I can be more influenced by stories when it comes to writing.  I don’t think about “how can I inject some Elvis, Stevie Wonder and Randy Travis into this writing session?” But more about “what kind of storyline are my fans and radio listeners going to want to hear about?”

Are there any artists you’d love to collaborate with?

There are so many artists I’d like to collab with but wouldn’t it be great to have all the Canadian artists on one recording for fun?!

Hands down, Morgan Wallen’s “Whiskey Glasses”. That song gets stuck in my head at least once a day!

Other than the second leg of your tour, what else do you have in store for 2019?

So far 2019 is turning out to be my busiest year on record!  Not only with the shows that we have coming up but with many charity events as well.  And then, at the end of the year, I’ve got a Christmas tour that’s going to be announced also.  Stay tuned for that announcement coming up in the near future!

Yes, indeed!  I want to sincerely thank the fans and industry people alike for allowing me to have the career I have, to this point.  My excitement level and want to put on a great show, release music that people will love hearing on radio and at live events is never-ending.  Thank you, all, so much and I look forward to the next 25 years of my career in country music!