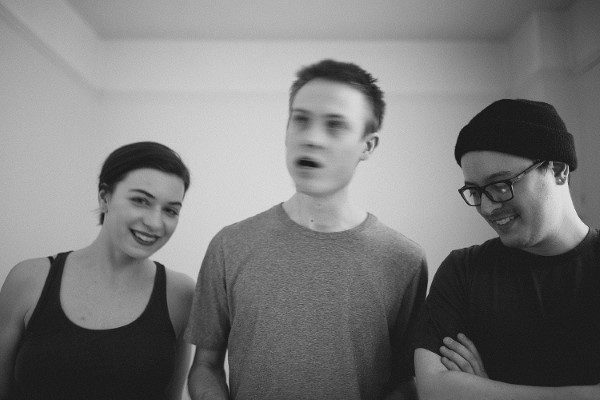 Winnipeg, MB-based indie-rock band, Slow Spirit have released a live video for their track, “No Ribbon”. Check out the video below and find out more about this folk-tinged indie-rock band in our newest segment of Five Questions With.

We are pretty serious about writing songs because in the country, especially in the wintertime, there’s almost nothing to do and basically no people around, so you can make tons of noise any time of day or night. You don’t have to jam right next to seven metal bands in a warehouse with paper-thin walls. We consider ourselves very lucky in this way. The downside is, well, there is no downside. Everyone should get out of the city before they become addicted to meth and spend all their money on rent. (see CBC article here.)

Notably, Slow Spirit is playing two Manitoban music festivals this summer that both have “Harvest” in their names. Can’t tell you which ones because we are not at liberty to disclose that yet. But one is called Harvest Sun.

Our live performance involves three musicians – a drummer, a singer/bass player, and a guitarist, and we’re all pretty interested in shredding as hard as we can, all together, in a very esoteric way. In the Slow Spirit way. It’s a weird, shared language that comes from our common experiences of studying music under some very serious jazz musicians who were big in the ‘80s, and also from touring as hired guns in all kinds of music scenarios: thrash-y, hardcore bands, shoegaze bands, New England-based neo-folk bands, and rural Canadian, lumberjack-fronted blues bands, among others. I’m actually not making this up. We have toured individually and in pairs with a ton of bands. DM us for the full, wacky list.

The thing we’d like the audience to get out of our show is that warm, glowing feeling that comes from unpacking and ultimately welcoming all those complicated human emotions that seem to well up when you hear really good music.

Our latest single is “No Ribbon” – which has a lyric video and live performance video out in the ether. When I wrote the lyrics for this song, I was thinking about that fiery energy where you just know you’ve got to make a change in your life, and feeling that equally destructive and creative powerful emotion that’s kind of intense and suited the darkly driving and shapeshifting music that my bandmate Eric had brought to me to outfit with lyrics.

Blessed and Land of Talk and Alvvays. Shout out to Joni Mitchell, whose record “Blue” appears in the movie “Almost Famous” which I watched last night. There’s this scene where the hero of the movie is slowly flipping through records he has just acquired, records that are going to change his life… Of course every single record is by a band comprised of 100% dudes (Cream, Led Zeppelin, Jimmy Hendrix, etc.) Then BAM! Joni Mitchell’s Blue appears.… Canadian by birth and badass lifelong songwriter and artist. I teared up a bit, so proud of her amazing, brilliant music, subtly defeating the propagation of the idea that the only worthwhile albums are made by 100% dude bands. Thank God for Joni, who was working on the problem in a very dude-centric time.