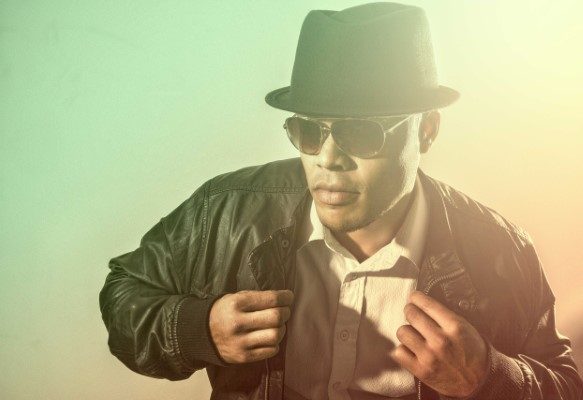 Duane Gibson, or D.O. as he’s known, is a man of many talents; the Toronto-based artist is a rapper, a record label executive, social activist community ambassador, author – arguably the most impressive feat comes from his 2003 Guinness World Record title, earned after a nearly nine-hour-long freestyle rap.

Through his 10-plus year career, D.O. has used his platform to reach his audiences through his music, touring North America, Europe, and Asia. Throughout his recording process, he then began the Stay Driven program in 2001 – based on his own life experiences he addresses relevant topics ranging from anti-bullying and peer pressure to literacy. In 2012 he then released a book of the same name.

We had the chance to catch up with the rapper to talk new music, longevity, and what’s next.

Your career has spanned for quite a few years now – including a list of incredible accomplishments – but for our readers who may not know D.O. Gibson, what would you like them to know about you as an artist and community activist?

I’m an underdog. I think that is why my music and message has resonated with people and it has allowed me to forge a career. D.O. stands for Defy the Odds. I had to overcome challenges and obstacles. My school program is called “Stay Driven” which means I had to persevere to get to where I wanted to be. For this to be my eighth album and for it to be nearly 16 years of doing this full time my music also contains that message of how you have to keep going when you come across challenges.

With all of your experience in the industry – what would you say are a few of the things you’ve learned over the years that have helped your career maintain its longevity?

I think it’s about being authentic. I remember listening to Chuck D. from Public Enemy at a music conference in France and he talked about how rappers think the key to success is to come to the states particularly New York – and they think their story is unique but most of the time they are saying the same thing. He talked to the crowd about the importance of finding your own voice.

I’ve been traveling throughout small towns and big cities across Canada talking about my own story and I reflect that in my music too. I don’t rap about being from the “hood” because I’m not. I have a song called “Small Town” because I’m from small towns. I think people relate to that.

Second, I pride myself on my consistency. A lot of artists take breaks. I’ve been doing this year after year releasing music and touring.

You’re known for telling stories and painting pictures for your fans with your music – who in the industry do you regard as a truly great lyrical storyteller?

Love this question. I got into rap because of storytelling. Fresh Prince was one of my favorite rappers growing up and he would talk about his parents that didn’t understand or how there was a nightmare on his street – comical funny storytelling raps. As I got older I gravitated towards Nas because of his detailed stories that he could fit into raps. It doesn’t get much better than songs like One Mic!

What was your experience with Netherlands producer Tantu? What did you learn from him through your travels and collaboration that led to the new album?

Finding Tantu’s beats was a breath of fresh air! He’s such a dope producer. One of the things I like about him is that his beats have classic hip-hop feel but then he puts a spin on it so that it’s fresh and current. The Netherlands has been my second home so it was cool to find a producer from there.

Speaking of the new album, Second Home marks your eighth release which is an incredible accomplishment for an artist – what can you tell us about overall vibe?

Working with one producer gives you a chance to have a consistent vibe throughout. I wanted to have something that you could put on when you are with friends at a house party or driving or working out – those are the three main times I listen to music. We wanted to give it a jazzy feel that was a little upbeat but not too fast and not too slow. I love tracks that have that right groove and that’s what I think we accomplished with this one.

You’ve started hitting the road with your 26-date British Columbia school tour. Can you tell us about the experience so far, and what you hope your audiences take away from your performances?

B.C. has been great. It’s become like my “second home” as well. I go to a lot of rural areas and I think that sometimes people think that rural youth aren’t plugged into the same things as youth from the city, but I’ve learned that is completely wrong. With the internet, kids are plugged into the same things all around the world. It’s great getting a chance to vibe with them after the show and learn from them.

Lastly, with everything you have accomplished so far, what sits at the top of your bucket list?

Traveling has been an integral part of my career. I want to be able to continue to travel and perform. I’d love to be able to perform in each continent so I’ve got my eyes set on rocking it in Africa, South America, and Australia in the future!