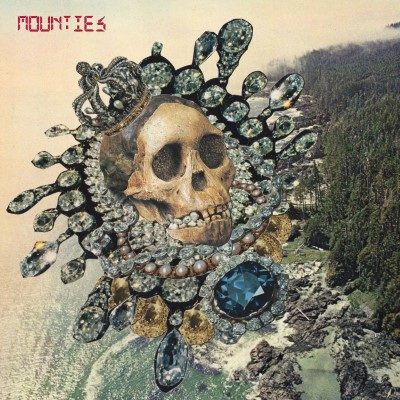 The idea behind a superband is that several different members from previously established projects form a group together. On paper, it is the superhero team-up of the music world. It is the avenue that leads us to groups like Velvet Revolver and Them Crooked Vultures, bands that combine elements from the sound of other acts to make something new, something that is simultaneously familiar and different. The Mounties are one such musical Voltron.

Founded by Hawksley Workman, Steve Bays (Hot Hot Heat and Fur Trade), and Ryan Dahle (Age of Electric and Limblifter), it makes perfect sense that their second album, Heavy Meta, is host to such a polished production. The three industry veterans report that the idea started on the night of the 2009 Junos and was borne of their mutual appreciation for each other’s music. And it shows in the music they made together.

Heavy Meta is a musical mosaic composed of the things that made each artist good in their own right and held together by the sense that these three enjoyed recording with each other. Tracks like “Flags of Convenience” feature musical experimentation based around the dissonance between hard and heavy sounds and lighter electronic riffs. Other songs like the titular “Heavy Meta” have a euphoric buildup with an air of nostalgia pervading them. Which makes sense, given exactly how significant these three artists have been to the Canadian music scene. That feeling of nostalgia and innovation pervades the entire album.

If you have ever loved the Canadian indie music scene, or the individual projects of any of the three members of The Mounties then you should absolutely check out Heavy Meta. It finds a way to balance the fresh with the familiar, and it was absolutely worth the wait.