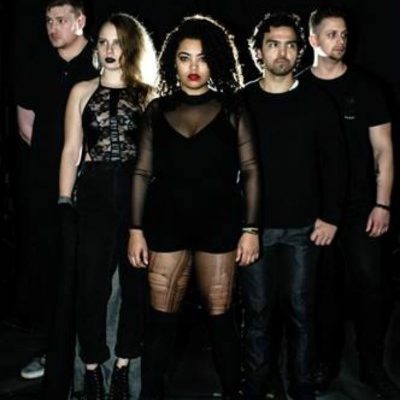 Montreal’s Pouzza Fest takes place from May 17-19 featuring some of the greatest punk music that’s out there! We’re happy that we’ve had the chance to count down to this festival with you. We started our countdown with Montreal’s own The Planet Smashers, Answers, HVAL, Subb, Gutter Demons, Seth Anderson, Danny Rebel and the KGB, and then The Corps. Now, we’re chatting with Copper Crown, who play on May 1 at Café Cléopâtre. See the full schedule here.

We’re Copper Crown and we are a 5 piece band from Toronto. We started Copper Crown in late 2015 and we play our own version of Alternative Rock with a heavy influence in Ska, Punk, and Soul. We released our self-titled EP in 2016, and last year we released our debut album, Walk With Fire.

We love that Pouzza Fest is in May, its a great kick-off to the Summer schedule. We try to play a bunch of shows as a run up to Pouzza every year so we can as ready as possible for the Summer. This Spring we’ve also spent some time in the studio recording a few new tracks we’re really excited about.

We have! We played Pouzza Fest last year as well, and it was amazing. We love that it pulls together so many great Canadian bands, including tons that we regularly play with. It’s like a family reunion! Our favourite memories from last year were running into so many friends from other bands we haven’t seen in a while.

They always put together an incredible line-up and it’s great to see how it grows every year. Besides the obvious choices we’re excited to see the bands we’ll be playing with Sunday night at Cleopatre, Be Like Max we’re opening for in Toronto a few days before as well and of course we always love Ship of Fools, Heavy Petter and The Readys and Anti-Queens.

That’s an impossible answer! Luckily we live in a world where we can choose BOTH.

We have a few smaller festivals lined-up throughout the Summer around Ontario and are waiting to hear back from a few as well. Once everything is confirmed we can start promoting!

Write whatever you want, be you!

We’re currently working on some new songs in studio, they’re coming along and really look forward to releasing them over the next few months. Outside of that we have some other new tracks, videos, and lots of shows planned for the Summer and Fall!