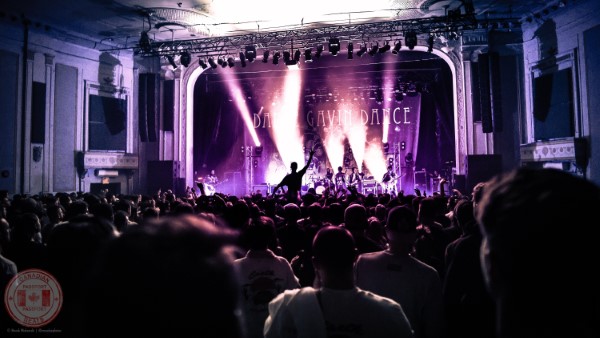 Who: Dance Gavin Dance, Thousand Below, Covet, Hail The Sun & Don Broco
When: April 22, 2019
Where: Danforth Music Hall, Toronto ON

Dance Gavin Dance is a band that many can’t pinpoint who they really are musically, they mix genres in a way that many other bands simply cannot do. They create a sense of amazement and mesmerize whoever listens to them. One moment you are hearing high notes with such beautiful melody and another moment you are hearing hardcore vocals with such intensity and deep emotion. That mix is what draws their fans in, they find a way to bring out so many different emotions, and it is incredibly unique. And on their stop in Toronto on their Artificial Selection tour that is exactly what they brought to the stage.

Danforth Music Hall was sold out that night till the point that people were way in the back upstairs standing in-between the rows of seats, it was a night where people did not want to miss the show. Tillian the front runner of Dance Gavin Dance started off their set by quickly getting the crowd engaged to the point crowd surfers just came up and didn’t stop till the very end. And it wasn’t just the crowd that was feeling the emotion and intensity in those moments but watching Tillian sing I could see how he was in his zone. With his eyes closed as he sang and moving with the beat I and the crowd knew he was exactly where he wanted to be and was loving it. Dance Gavin Dance made the night feel magical and really brought purpose to the night. From how the crowd was reacting you could sense how the night was a night where you could forget what was going on in your life and just let go and enjoy yourself and express your love for music. That love for music is what was felt throughout with Dance Gavin Dance’s performance and all the other bands that opened for them. 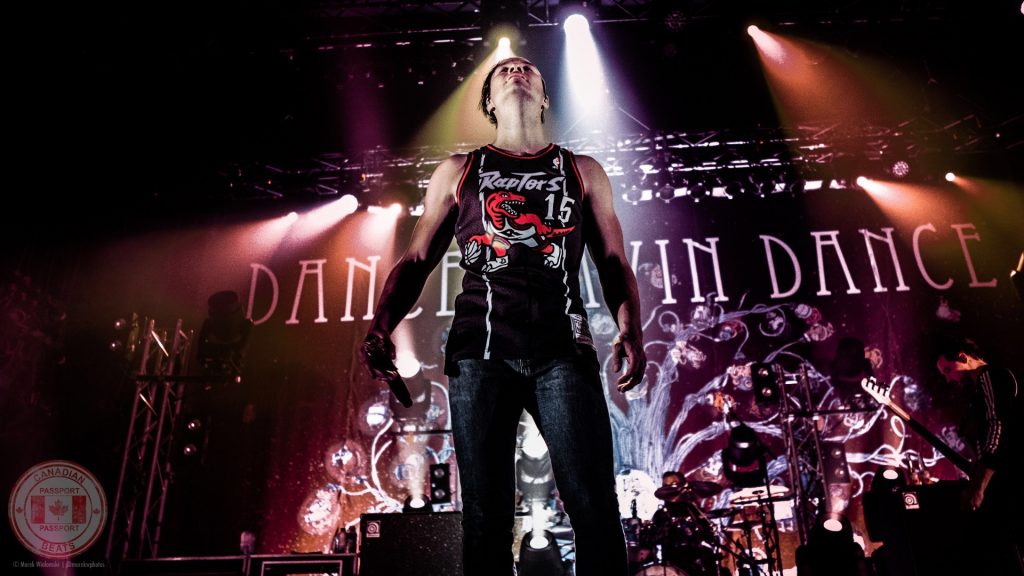 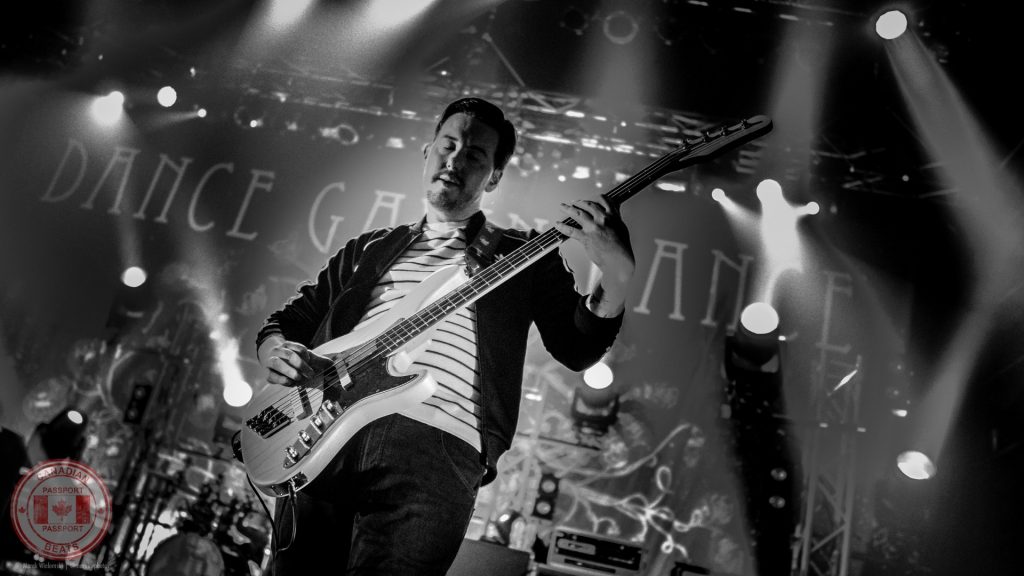 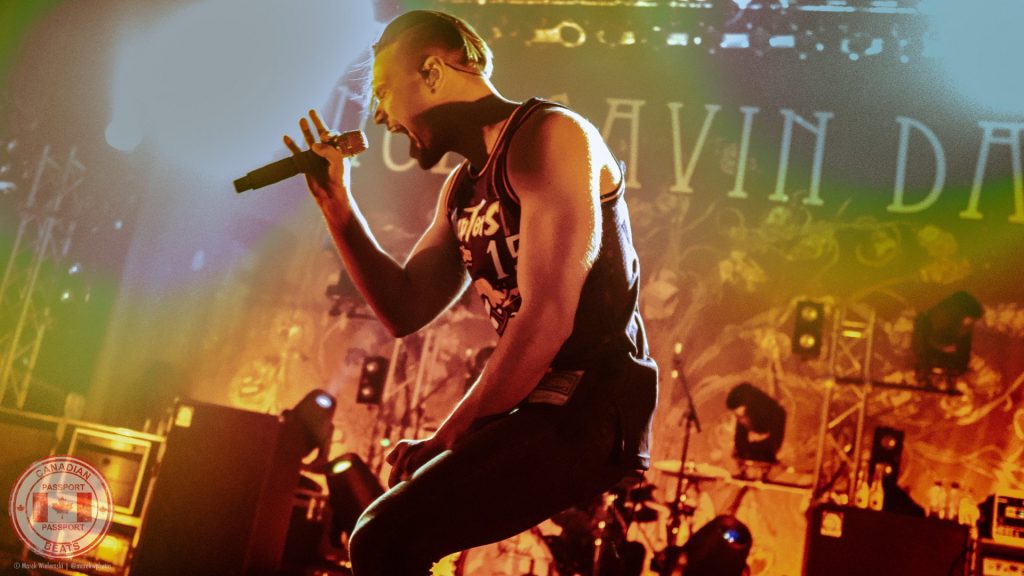 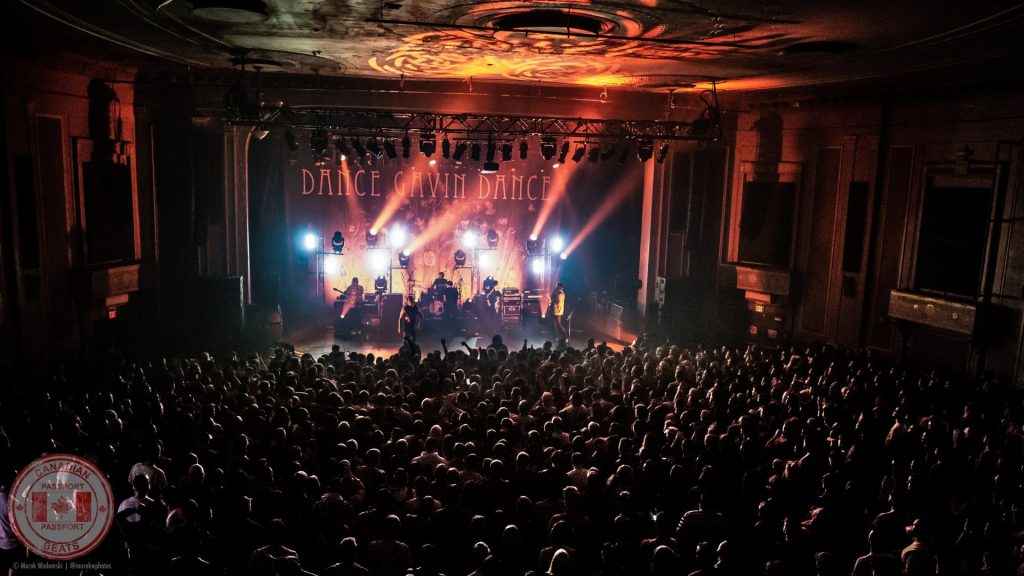 Thousand Below started the night with a performance that drew on their intent on creating music that is heavy but fun with an emphasis on emotion. They put a performance that I personally couldn’t help but think about what’s going in my life but felt at peace and forgot the negatives, with how calm the crowd felt like I wasn’t the only one, Yet at the same time their performance drew mosh pit after mosh pit so yes it was a calm performance but a hardcore one as well, simply amazing way to start the night. 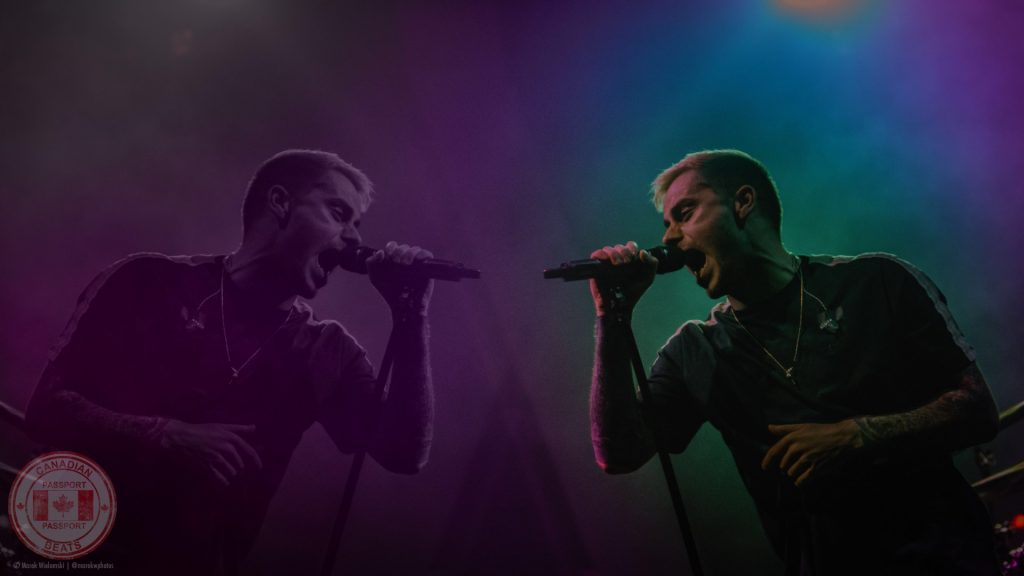 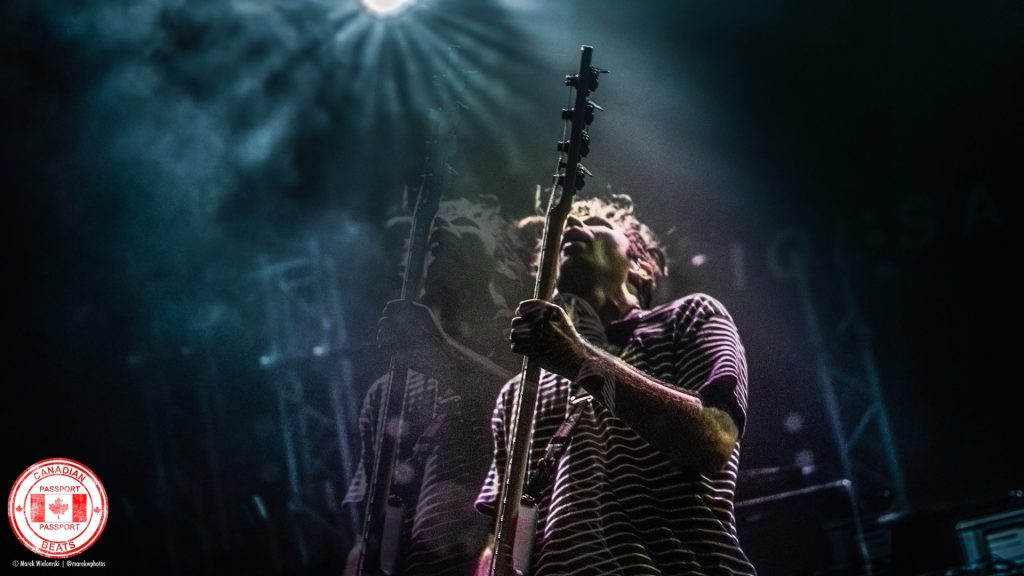 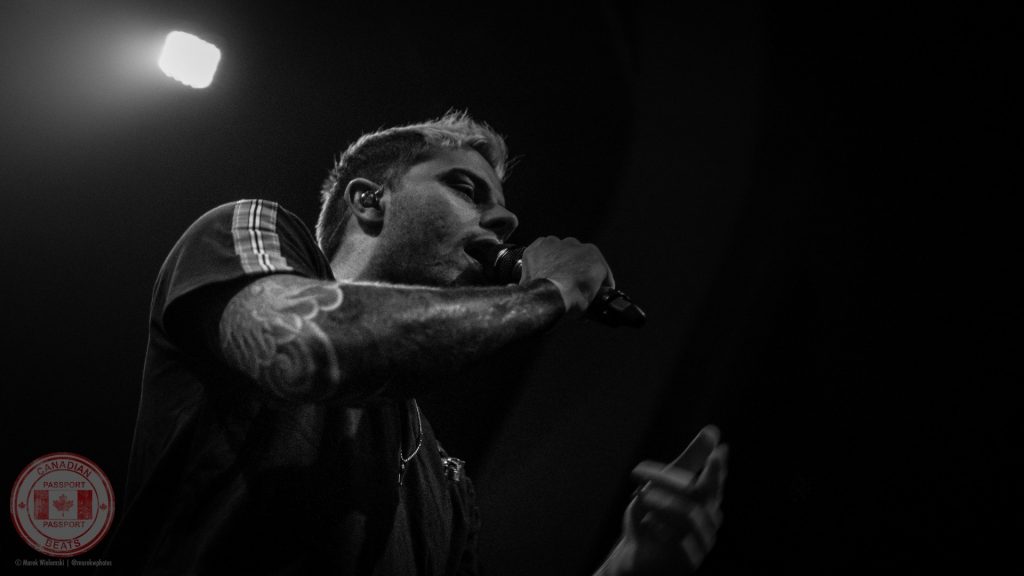 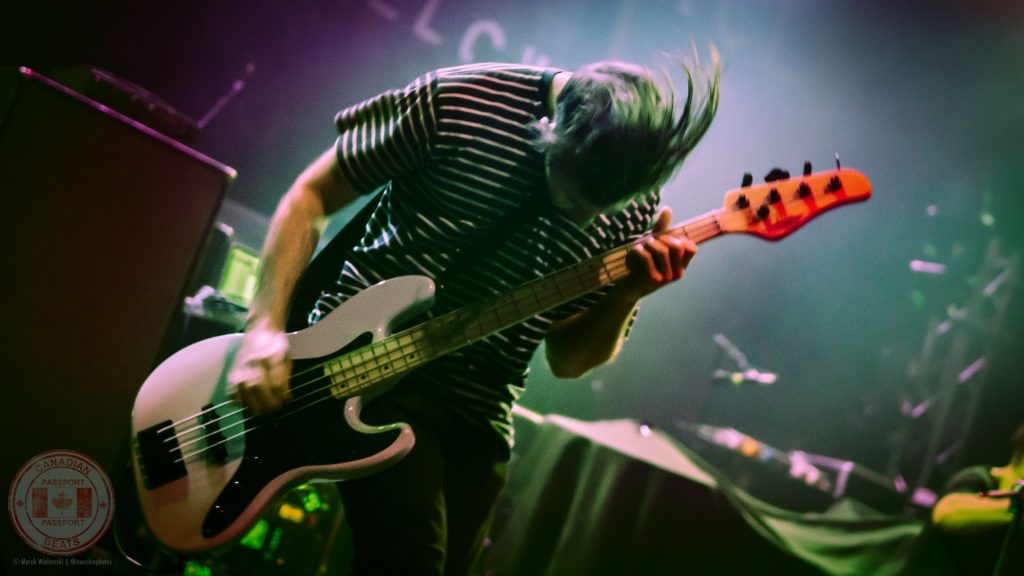 When Covet came on stage that sense of calmness continued. Covet is a purely instrumental band and they may not have any vocals but their instrumentals drew so many feelings. They are categorized as Math Rock and because of this their music is unlike anything else that was heard that night. There may not have been any mosh pits or crowd surfing during their set but the crowd enjoyed their set in another way – by being in tune with their emotions. Their instrumentals have a way of telling a story without any use of words, it was a colourful performance. They painted an emotional story with their sound that the crowd seemed to be at aw about it all and was not disappointed. 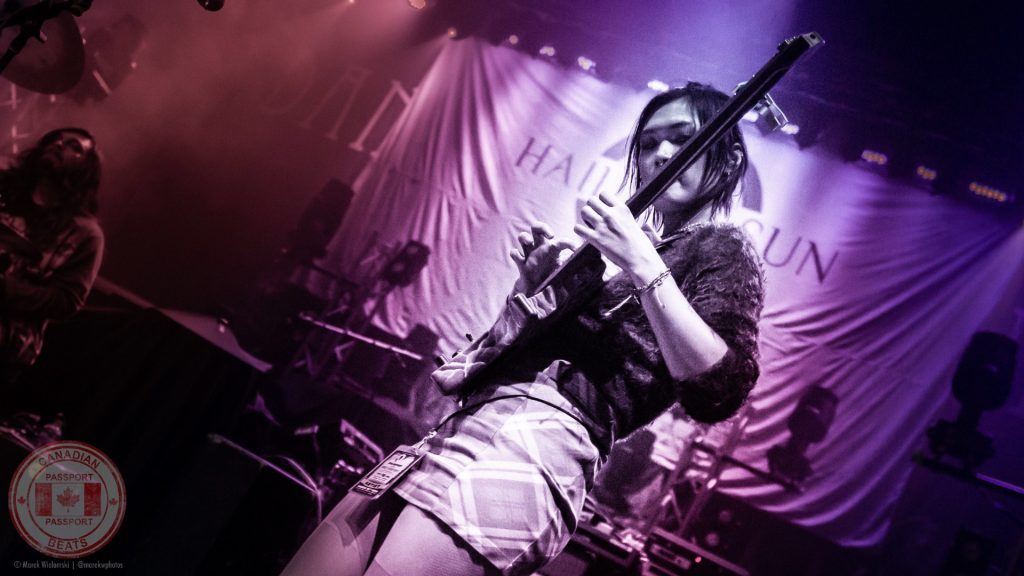 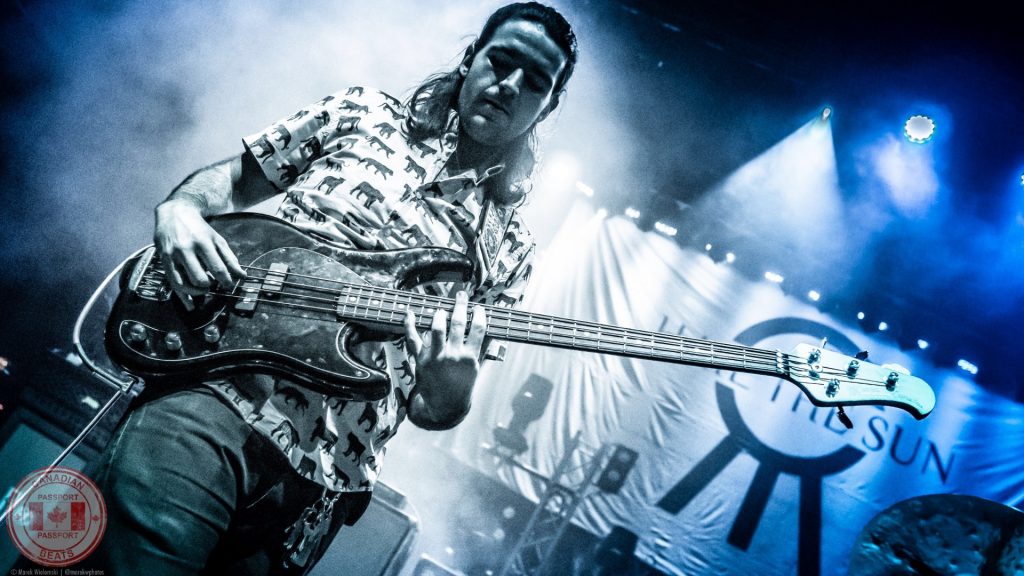 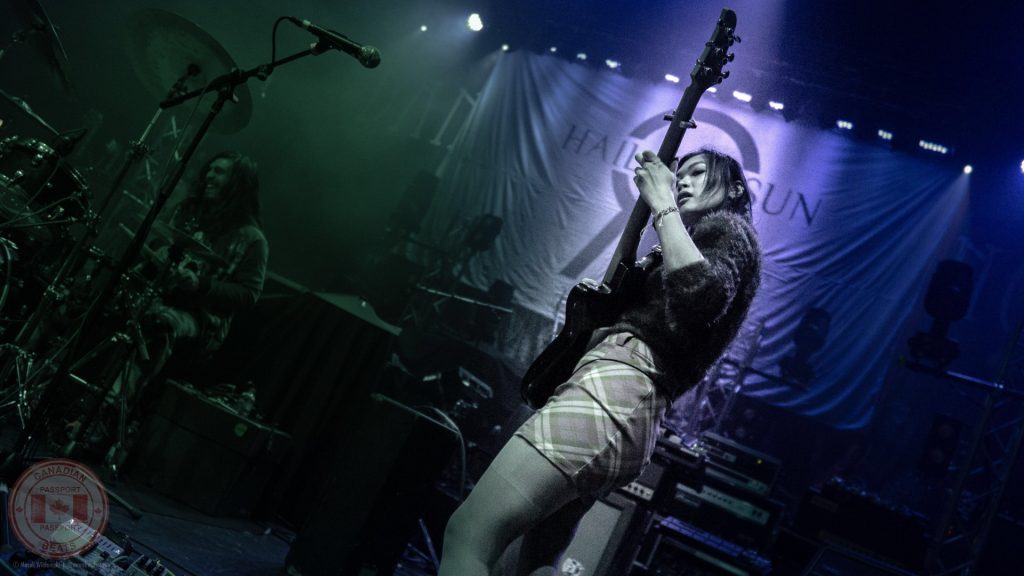 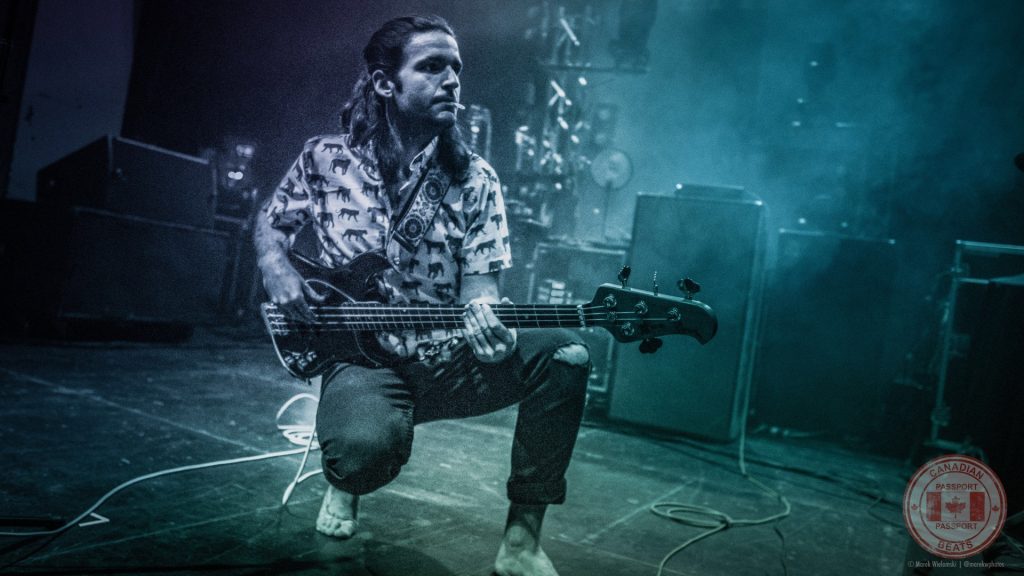 Before Dance Gavin Dance came on stage we had Hail the Sun and Don Broco bringing their unique sounds.

Hail the Sun are a post-hardcore band from California whereas Don Broco who are from Britain is as well a post-hardcore band but have a certain pop-rock flair. While watching both of their performances, what came to mind is how they both were so energetic and the crowd could not get enough of them with how energetic they were. During all this could not have help but feel how unique of a contrast the two bands are. Hail the Sun feels like the more hardcore version of Don Broco, whereas Don Broco feels like as if they are the more experimental version of Hail the Sun. Not to say the two bands are copying each other or they sound the exact same, but watching them perform one after another it felt like the perfect transition to Dance Gavin Dance. You have Hail the Sun that has strong hardcore vocals then going to Don Broco who has strong melodic vocals with beats that are more of pop-rock sound that is quite hardcore but experimental. So when Dance Gavin Dance came on it felt as if you mixed the last two bands together, in other words, the whole night felt like a slow build up, where each band became more and more hardcore and more of a varying sound. And how with each performance the crowd became more intense, energetic and uncontrollably excited, it was evident they all loved it and won’t forget that night. 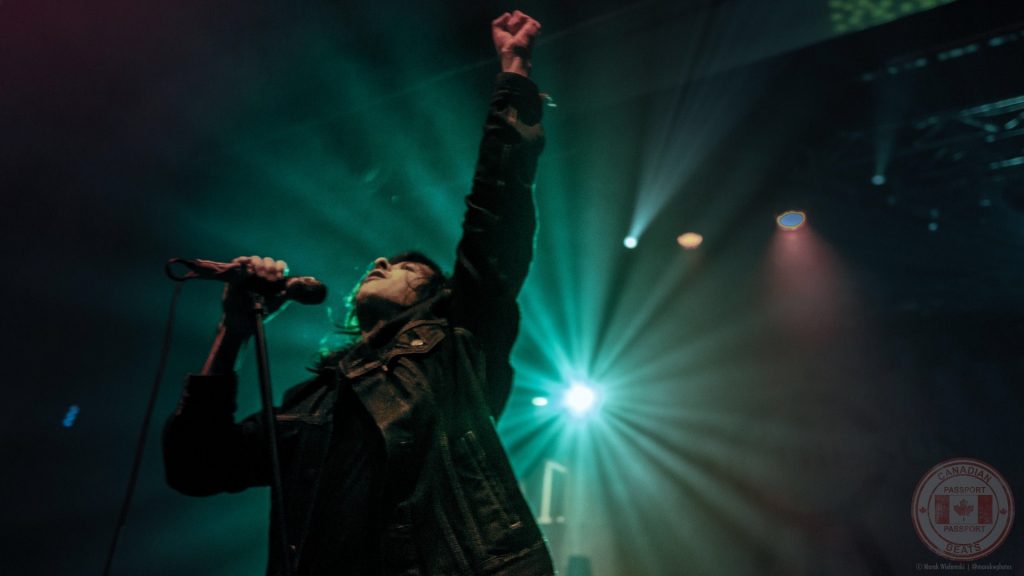 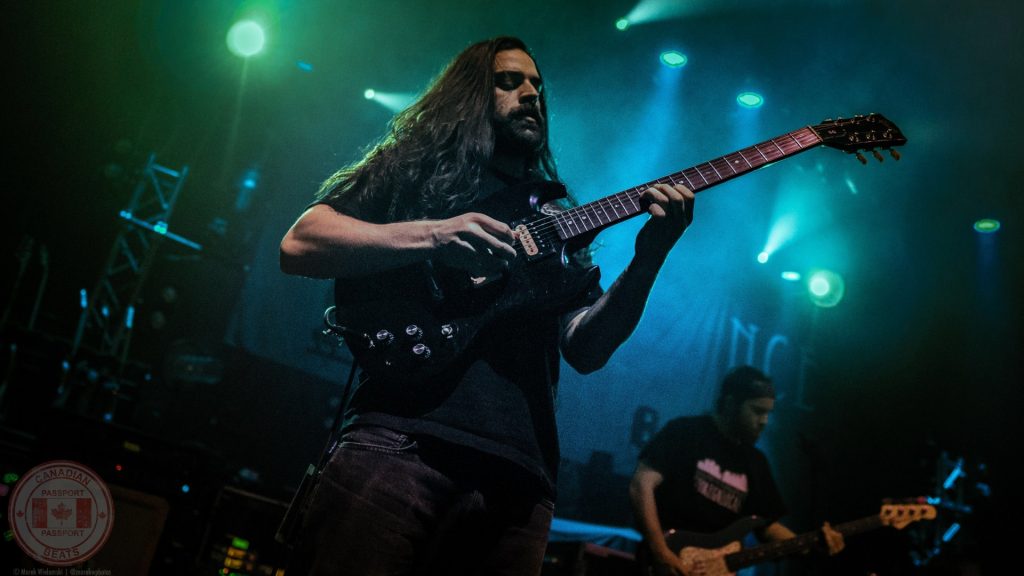 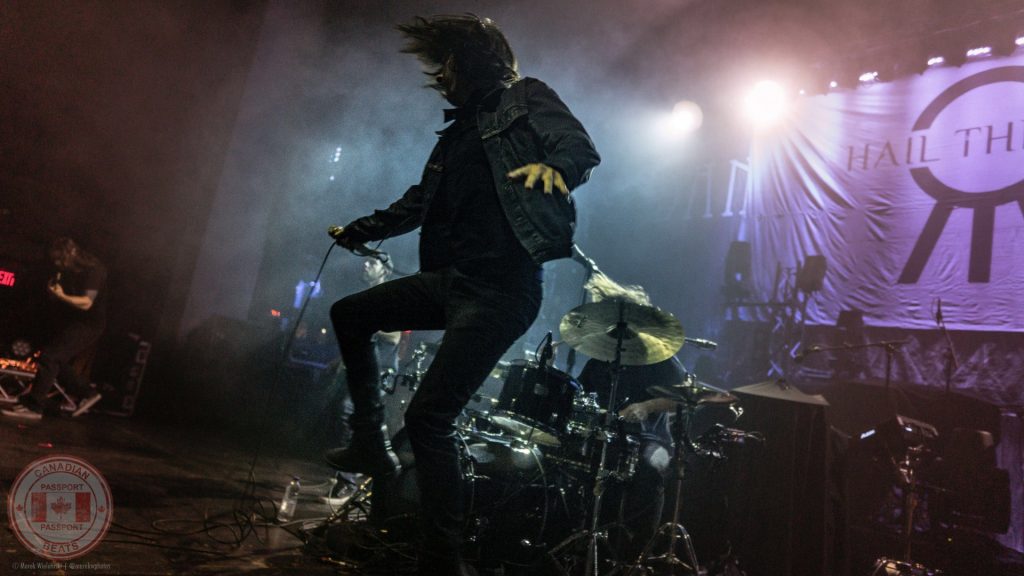 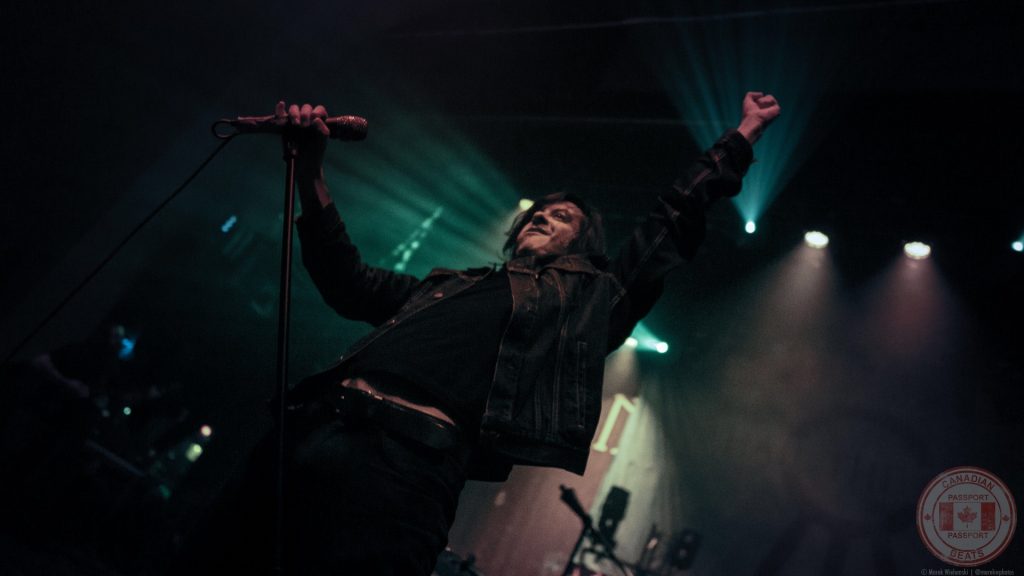 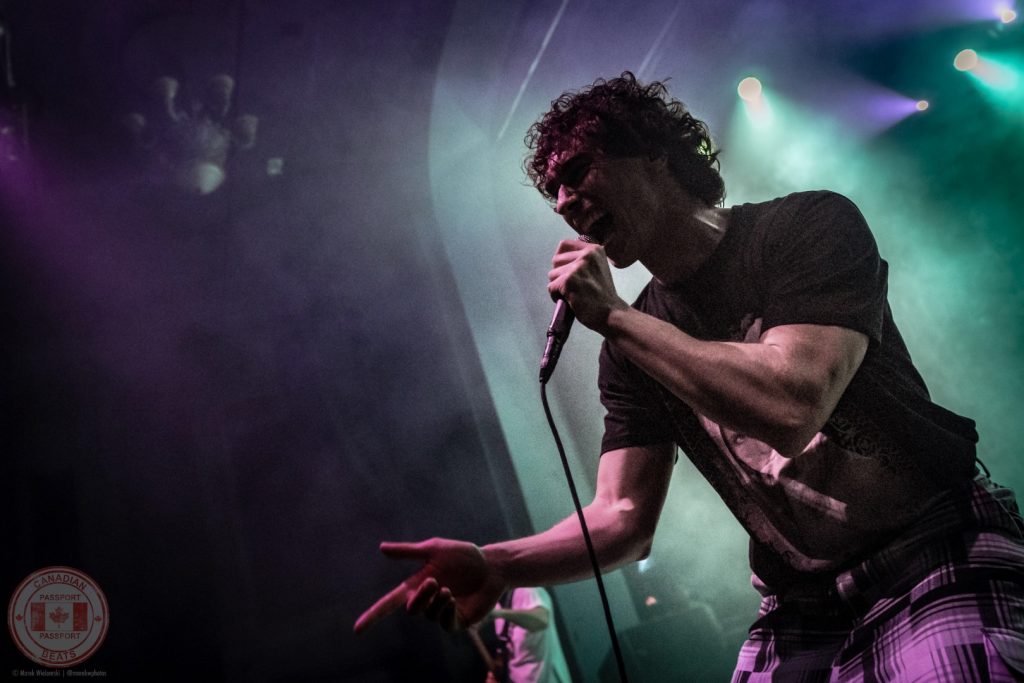 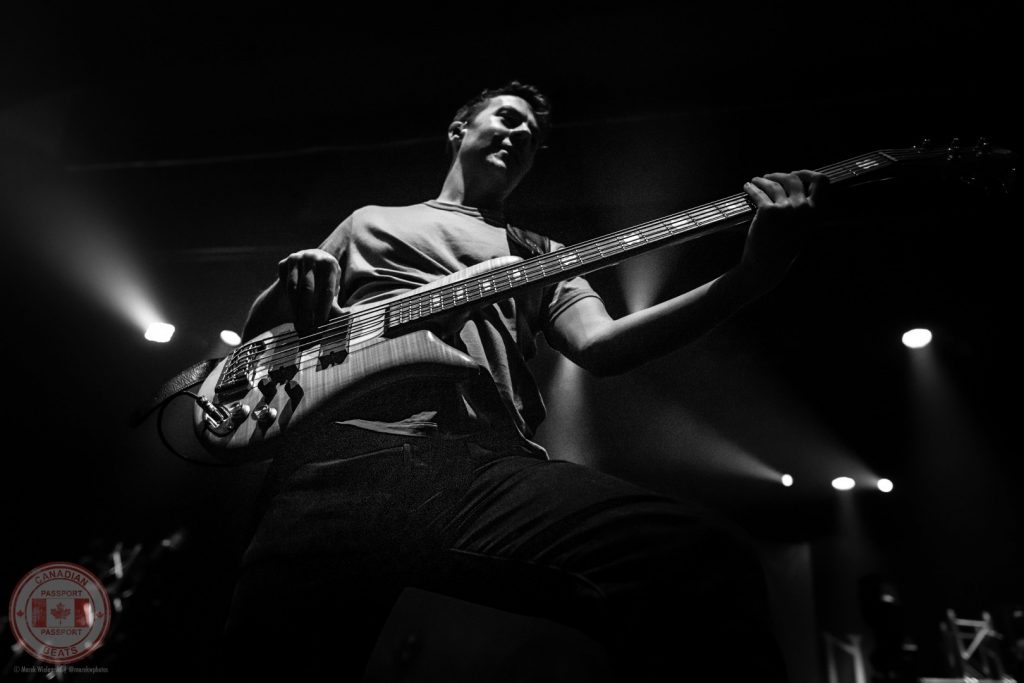 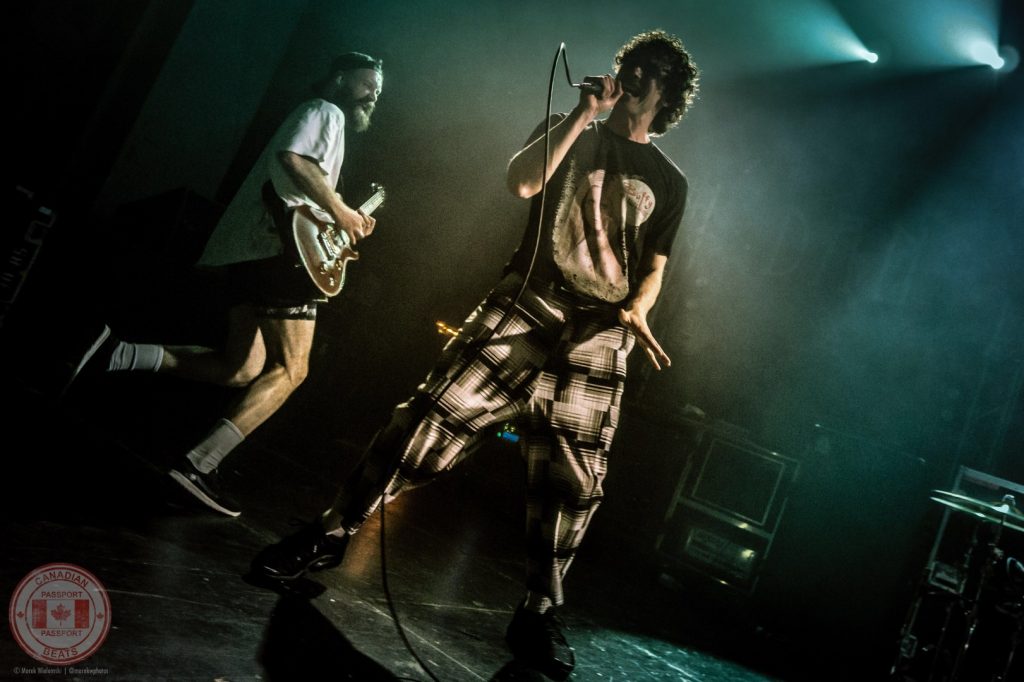 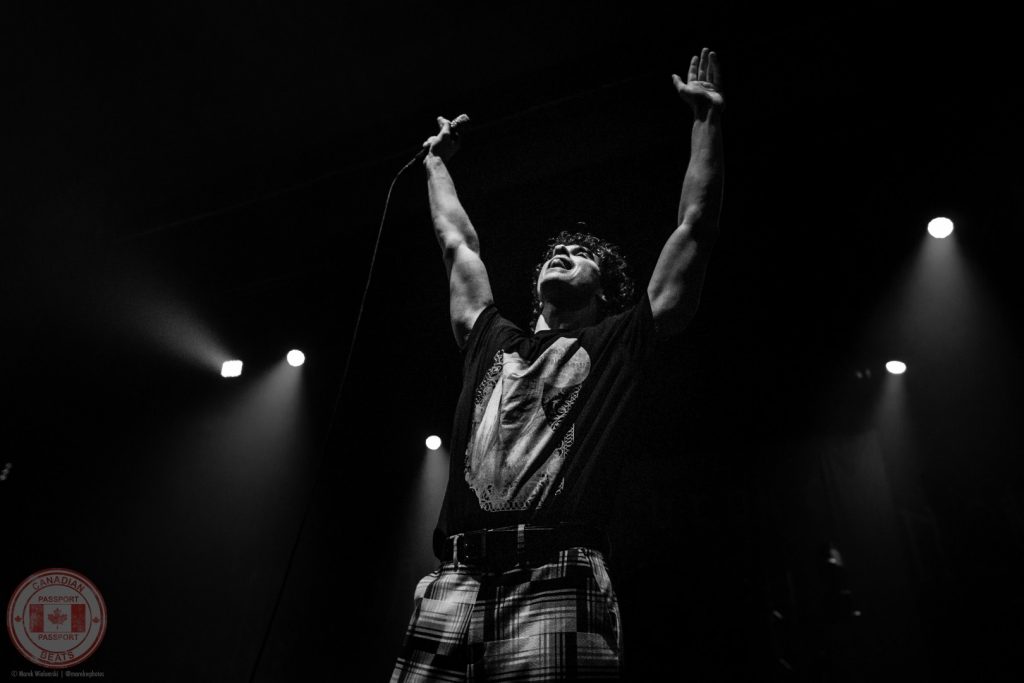