Countdown to Pouzza Fest 2019 – Interview with The Corps 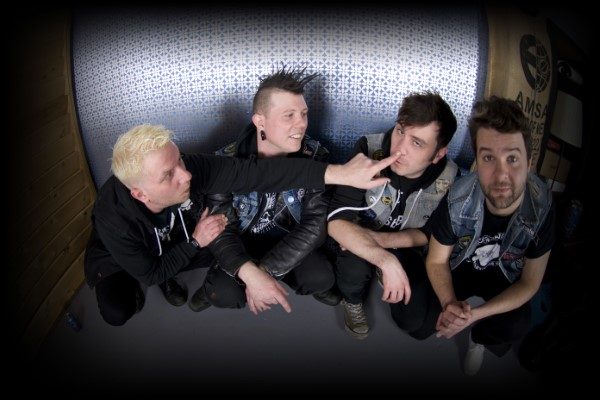 Montreal’s Pouzza Fest takes place from May 17-19 featuring some of the greatest punk music that’s out there! We’re happy that we’ve had the chance to count down to this festival with you. We started our countdown with Montreal’s own The Planet Smashers, Answers, HVAL, Subb, Gutter Demons, Seth Anderson, and then Danny Rebel and the KGB. Now, we’re chatting with The Corps, who play on May 18 at Turbo Haüs. See the full schedule here.

We are The Corps from Vancouver BC, we are intergalactic space cops that sing about DC comics. The music is very 90’s skate punk influenced by Lagwagon, No Use for a Name, Nofx, etc.

For us, every season is festival season, as long as there is booze nearby, we will celebrate.

We did with another band in 2017. My favourite memory was watching Lagwagon while simultaneously starting a vicious bromance with Brian from A Wilhelm Scream.

Pears. The dudes are awesome. Might be the best live band ever.

Fuck, can’t we choose both?

The Rocket from Russia Fest in Vancouver.

I guess that was fast.

Make sure you love playing shows. if you do, you’ll be just fine.

Next up are tours with Modern terror, Ten Foot Pole and two other bands I can’t talk about yet.