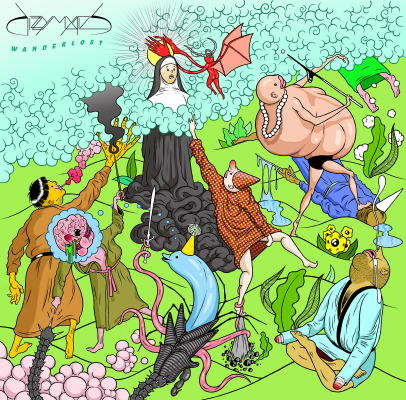 Ahead of the release of their debut full-length album, Wanderlost, Winnipeg’s Dizzy Mystics have released their first ever music video. “The Frequent See, Consistent Seas”, while initially released as a digital single on January 5th, 2018, has now been accompanied with a video as the progressive rock outfit gears up for the May 3rd release of Wanderlost.

“The Frequent See, Consistent Seas” is a progressive odyssey that is as influenced by progressive metal, ‘90s alternative rock, and jazz fusion. Think the musicianship and rhythmic sophistication of Animals As Leaders, the lush textures of Snarky Puppy, and the catchy pop sensibilities of Incubus. The video is equally as stunning visually and will leave viewers beyond excited for the release of Wanderlost.

“We are pleased to present our debut music video for “The Frequent See, Consistent Seas”. In pairing up with Sean Perrun Videography, I feel we have achieved a good visual representation to the song’s meaning through allowing Sean’s vision to come from just listening to it”. – Kyle Halldorson