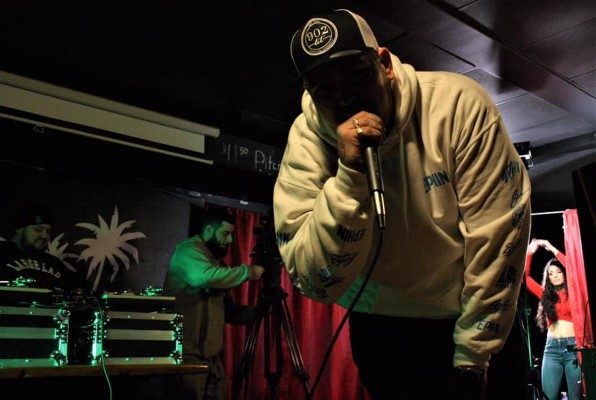 This month on Indie Spotlight we’re going out east with up-and-comer Travis Lawless.

The budding hip-hop artist has been making music since 2017 while juggling a demanding career as a sought-after tattoo artist in Halifax, Nova Scotia. Lawless takes pride in writing his own songs and often looks to influences like Classified, Snak the Ripper, and Merkules when penning his next track. His music continues to evolve while he navigates this new career path, looking to his parents as pillars of support – who he credits as his non-musical influences.

While his music grows and the opportunities to play shows and create music videos grows along with it, Lawless still says one of the greatest challenges is getting his music out there for his fans to hear in a live atmosphere. As for what the future holds, he hopes to earn a sold-out tour.