Review – The Folks Around Town 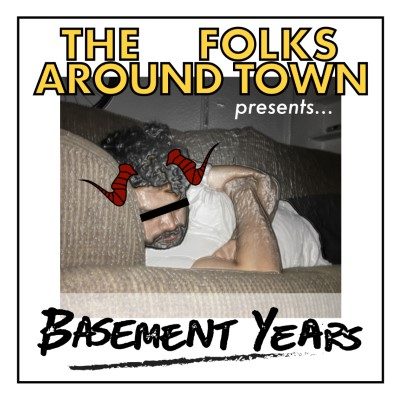 Basement Years is Ottawa’s The Folks Around Town‘s first full-length album after a series of EPs.

The tone of Basement Years is upbeat and youthful, but with melancholic lyrics – somewhat reminiscent of early 2000s indie-pop. The album uses lots of layered electronic samples, keyboard, electronic guitar, and primarily auto-tuned male vocals. Basement Years is a collaborative work as well, so guest singers and musicians appear on other tracks. The result is Basement years has a very busy and energetic soundscape that was clearly a large team’s effort. As the band’s namesake goes, collaboration with ‘The Folks Around Town’ is an important goal to the band.

Standouts on the album for me were the tracks “Interlude” and “Conditional”. Interlude is a very experimental track that showcased the best of the band’s layering techniques. The track “Conditional” built some great imagery in its lyrics with lines such as “on the boulevard with a sober friend” speaking a “nonsense pond” about wanting a love that feels profound, and may even be – but between the drinks and the depression it’s hard to tell. I think this is a very relatable track to anyone who has been single and intoxicated in their twenties.