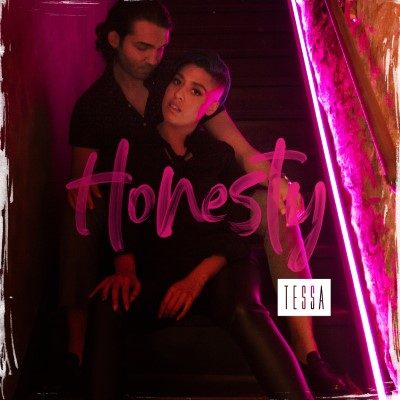 Toronto, ON-based TESSA is made up of Tessa Gooden and Petr Balaz to create outstanding music. They have released a single entitled “Honesty”.

“The beginning of our relationship, there was a lot of stress and strain due to our other relationships,” Gooden shares. The pair each had respective partners before coming together romantically beyond just creatively. “I think that’s kind of what brought on the inspiration for ‘Honesty’… Sometimes you know something in your gut but… You don’t want to believe it.”

The two released their album, FOOL LOVE in December 2018, which featured seven tracks including “Honesty”.

“This album is the first that is truly autobiographical,” Tessa states “In the past with my writing, I’ve channelled inspiration from my outside world, but I felt it was time for me to let some of these things go. We learned that, even if something seems like a challenge, or there is someone you have your eye on but they aren’t the picture of who you want right now, some things are worth fighting for and the payoff can be really beautiful.”

Check out the lyric video for “Honestly” below and keep up to date with all things Tessa via their socials.