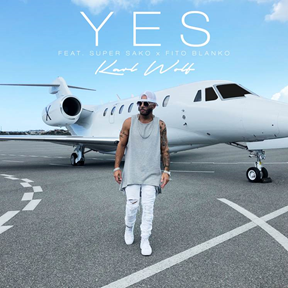 Karl Wolf has come back from several writing projects with a new single of his own, “YES”. The song is reportedly the first multilingual Reggaeton song, featuring Super Sako, Fito Blanko, and Deena, lending English, Latino and Arabic to the song. Karl has said “I told Blanko ‘Spanish only’, I told Deena ‘Greek vibez mainly’, I told myself ‘Yalla Habibi’. I wanted this track to have some worldly global inclusive sh**, to communicate that we are proud of where we’re from. And we have the obligation to show and celebrate our respective ethnicities and make them part of this POP music culture. My Armenian-American brother Super Sako knows what I’m talking about. If not us, then who?”

Wolf has partnered with Virgin Radio Lebanon, Anghami (Middle East Spotify), as well as Universal Music Middle East/North Africa, Greece, Turkey, Cyprus, and India for a major campaign in the regions. The single is available across all platforms.