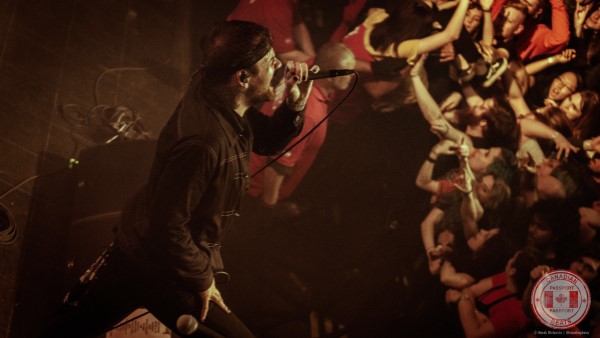 Beartooth is a band that mixes intensity, sincerity, and emotionality to make music that isn’t just relatable but music where you feel it was written just for you. At their performance in London this week while on their Canadian tour that’s exactly what the crowd was feeling. The passion that Beartooth brings to stage is so strong, you can sense how meaningful the words are to them and how important this to them. Throughout their performance, there was this sense of connectedness between us all. You really felt that the emotions that fueled the lyrics are feelings we’ve all had once and we understand each other. With this feeling that Beartooth fostered and how the crowd had their full attention while being entwined with each word they sang it was clear the night was going to be a memorable one. As a long time Beartooth fan their music holds a special meaning to me, so as the night went on all the feelings and memories that their music reminds me of came back. Those feelings and memories aren’t always easy to deal with but what I remembered at that moment is how I dealt them and how their music has helped. To put it easily, their set got me emotional and from the crowd’s reactions, I can tell I wasn’t the only one.

Beartooth has a quality where they make their performance fun and energetic but bring out so many deep emotions. It’s their ability to well balance being light-hearted one moment but serious when needed. Like many of us, Caleb the frontman of Beartooth has dealt with tough times in life. About halfway through their set, he stopped the show so he could tell the crowd about his battle with depression and mental health. That four-minute speech was one of the most sincere and honest moments that I can remember. Caleb spoke about why he wrote their last album “Disease”, and how his ongoing battle with mental illness is not a light subject and needs to be spoken about. He emphasized the two things he learned about himself while writing their last album. Firstly, how he realized that the heavy feeling in his head and heart are not going away and it’s apart of who he is. Secondly, regardless of those feelings and regardless of what other people may think of him it does not define him nor is he worthless cause of it. As well he spoke about how if we ever feel like that, there’s nothing wrong with you and you are not worthless. With how the whole crowd went from dead silent to screaming as loud they could as he finished, I could tell I wasn’t the only one touched by his words. It’s acts like that, that for me elevate a band above others. Mental illness of all kinds is never easy and is a serious topic. So when bands reach out and not only put themselves in a vulnerable position but as well speak about the importance of self-care and about how we all can survive hard times, is what makes a band beyond amazing. Beartooth that night touched everyone in such an emotional way that I am certain everyone there will hold that night deeply in their heart. 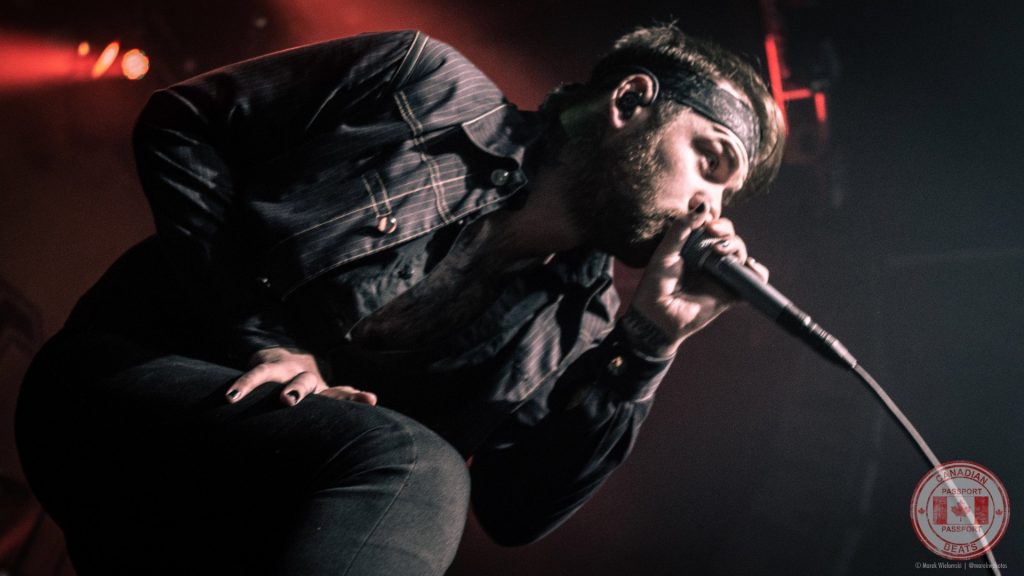 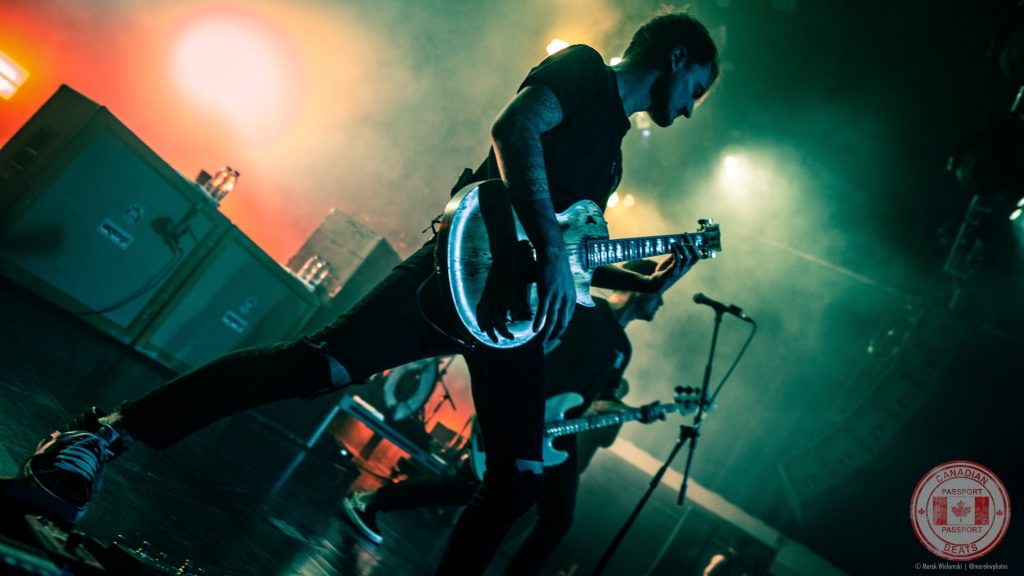 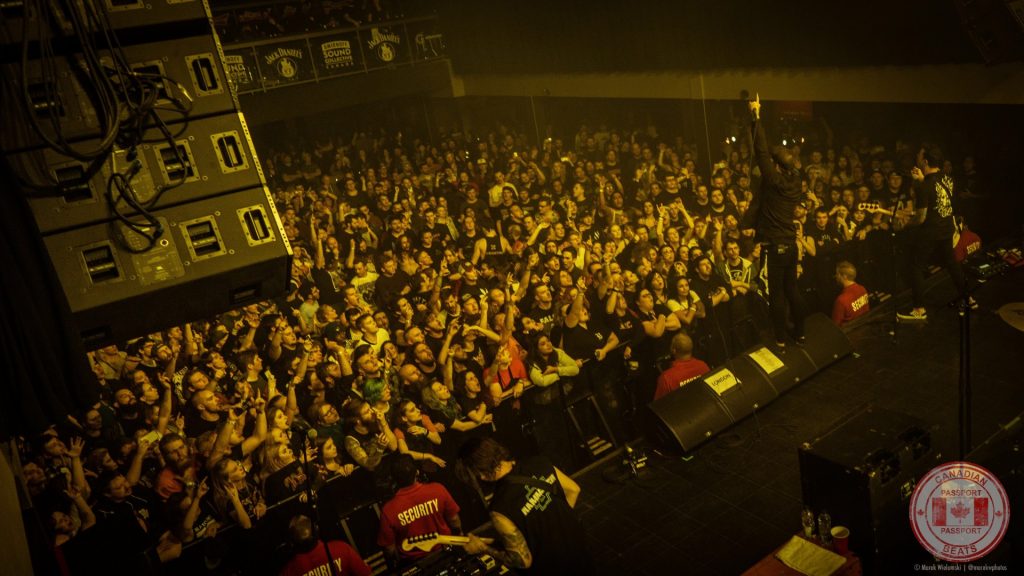 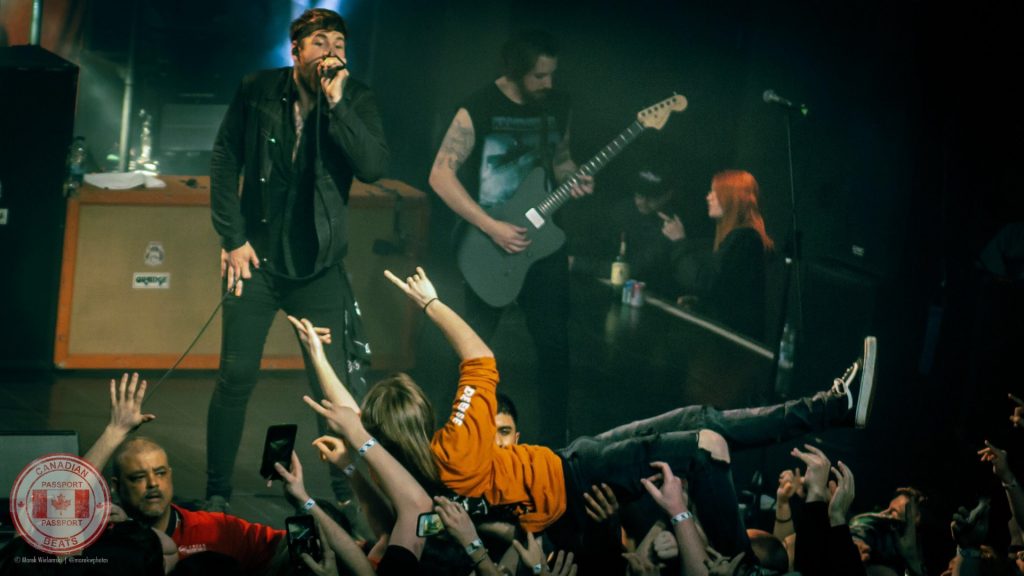 Joining Beartooth on their Canadian tour is Like Pacific and Hands like Houses. Like Pacific was the only Canadian band there that night, originating from Toronto they represented the pop-punk genre of Canada and they did not disappoint. Compared to the two other bands some may say they are more of the softer side however their energy does not lack. I have seen them grow from a small local band into a well-known band; and will have to say that one reason why they have succeeded so quickly is how they manage to keep growing their engagement with the crowd. The way Jordan the frontman of Like Pacific conducts himself on stage seems to entice the crowd to join in with his excitement on stage. They were the first band on that night and within the first song you had moshpits forming, people jumping all over and just going crazy with enjoyment. Every time I see Like Pacific perform, I fall in love with their music even more, with how I keep seeing the crowds get bigger each time and how excited people were that night, I’m sure anyone who didn’t know who they were is going to be a fan from now on. 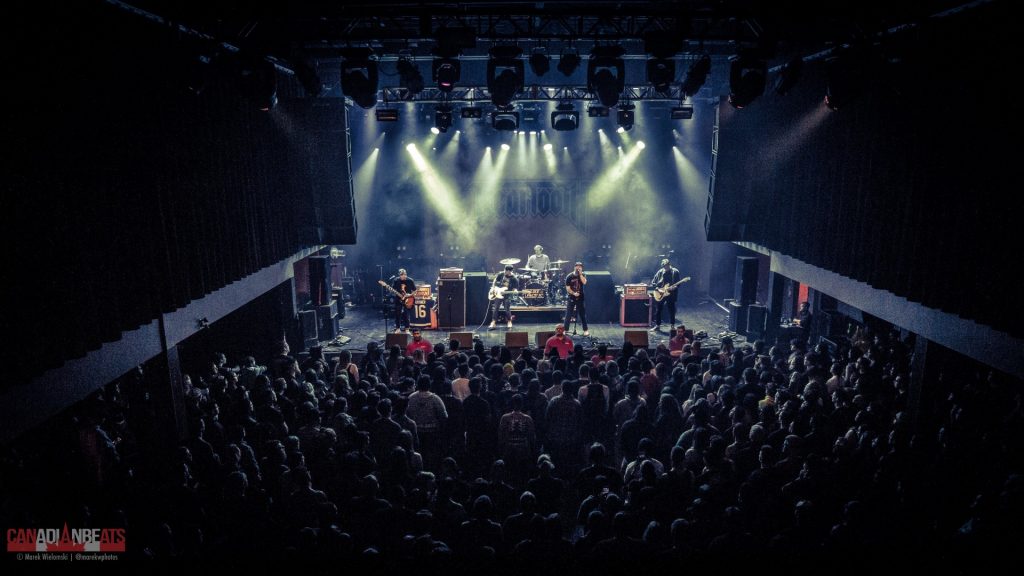 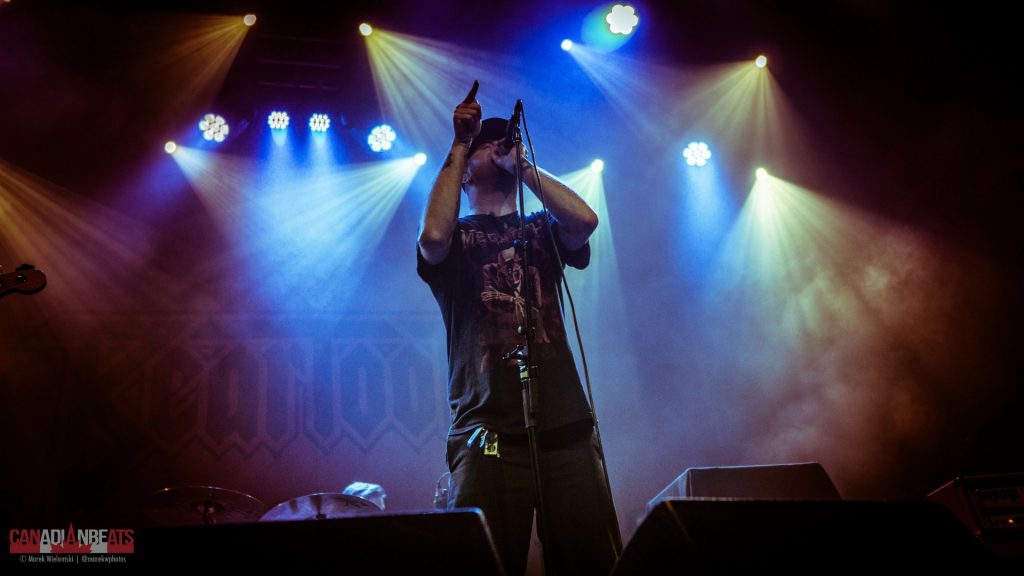 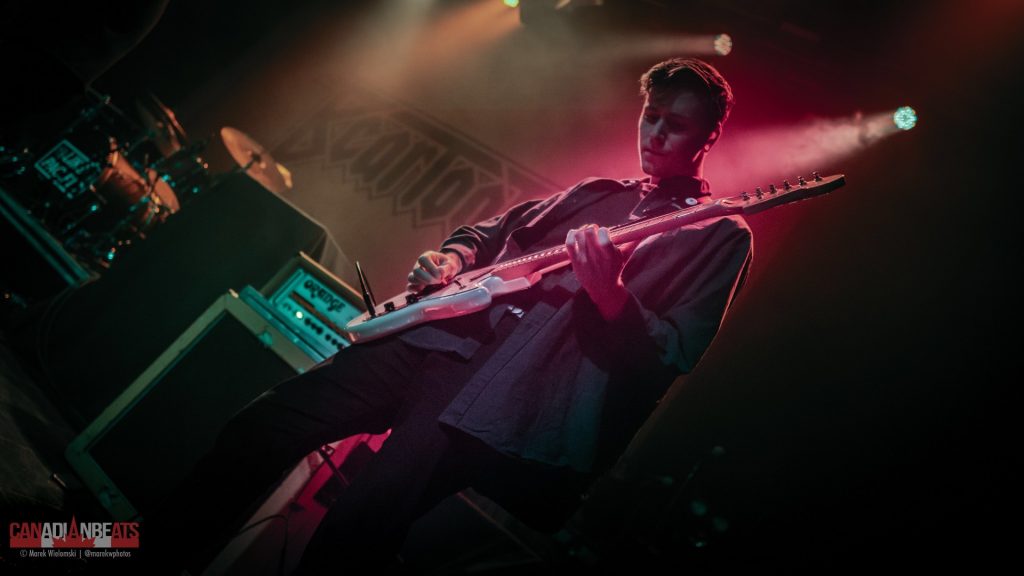 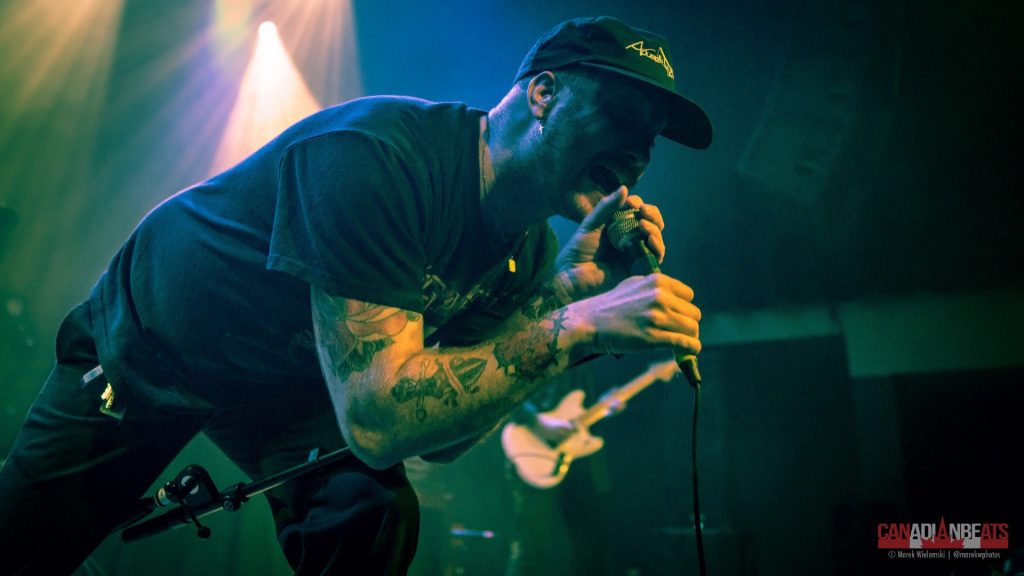 That night Beartooth represented the American music scene, Like Pacific represented the Canadian one, whereas Hands like Houses, on the other hand, represented the Australian music scene. They came along way from Canberra, Australia, and what they brought was a unique stage presence and deep emotional performance. The redeeming quality that stood out from their set was how they all as a band helped to create an intense stage presence. With many bands, it is the lead singer that takes the spotlight, which is not a bad thing however it is different and admirable when the guitarist and bassist seem so connected with the lead singer. Watching them all move together and at times seemingly in unison was mesmerizing and when I stopped to look behind me and looked around, the reactions in the crowd showed me how others felt that same enjoyment. If other Australian bands have even just a small amount of the same talent as they do, I am confident in believing Australia having an amazing hardcore music scene; they represented their country’s music scene quite well that night. 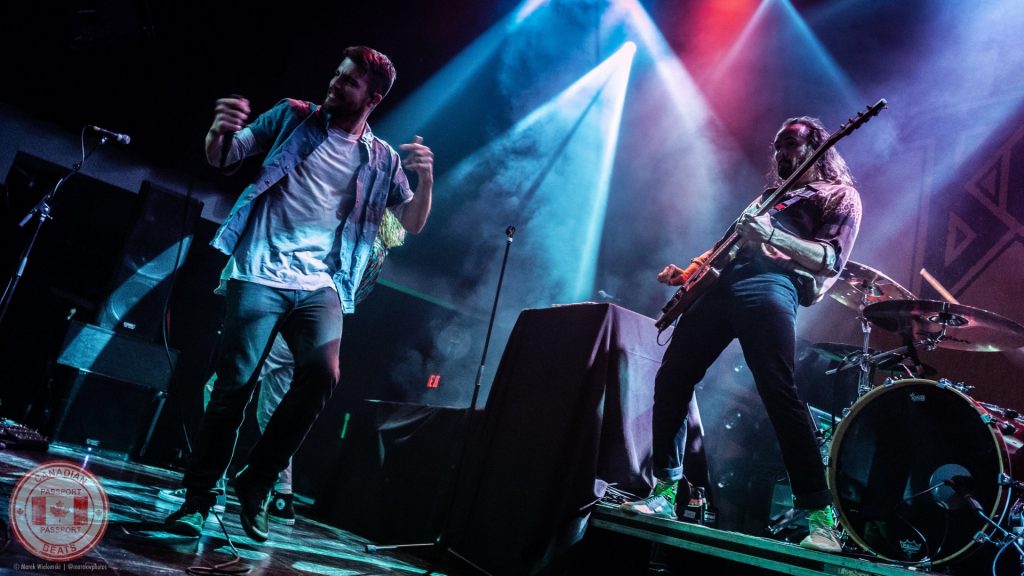 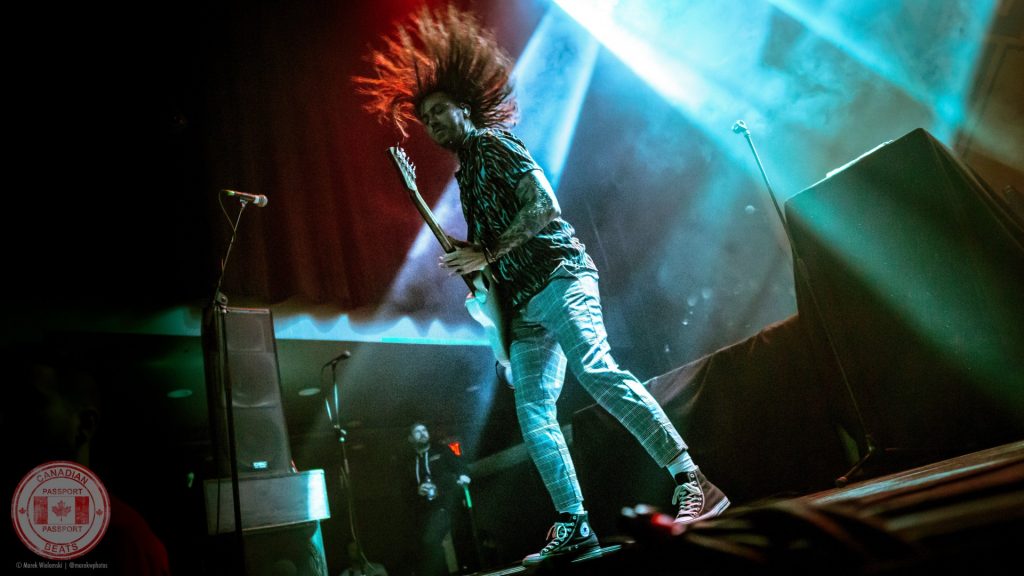 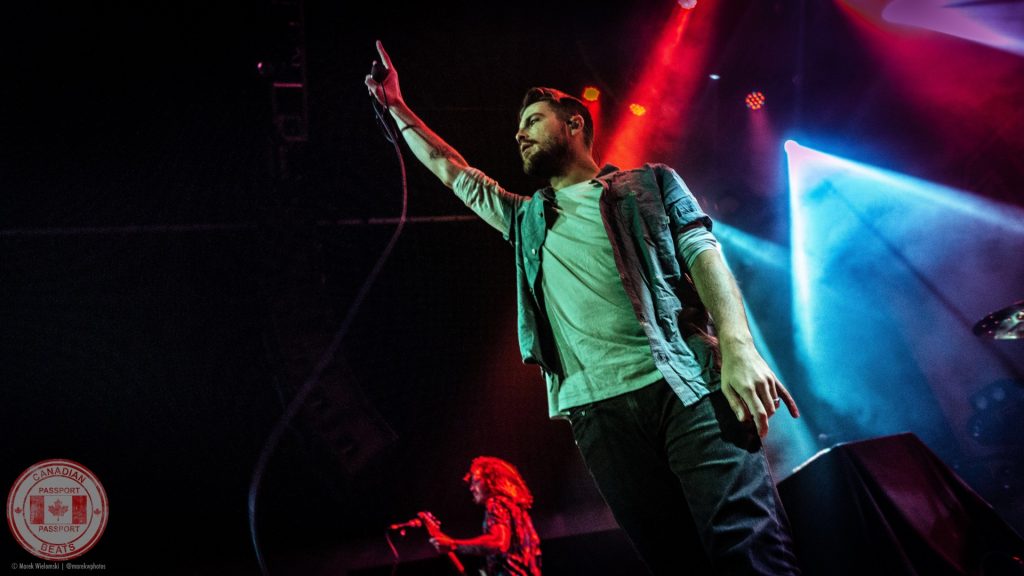 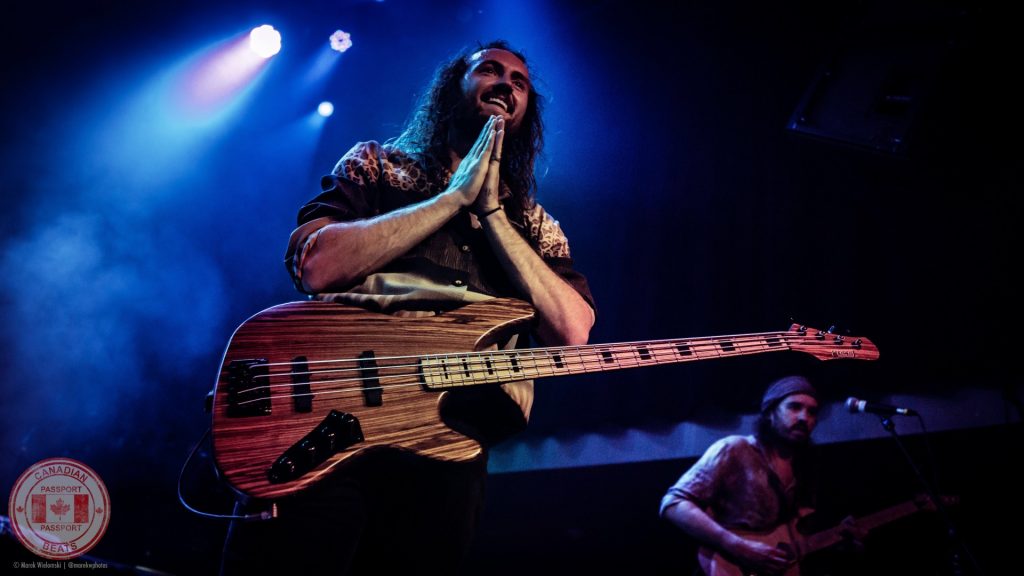 Overall that night was where I remembered why I got heavily invested in the scene. It is artists like them that create music that doesn’t just bring you joy but helps you dearly in tough times. From the people I talked to afterward and from how the crowd was all night I can tell it was a meaningful musical experience for all.

As well would like to take a moment to wish Aaron Pauley Of Mice of Men a speedy recovery from his recent surgery. Of Mice of Men was scheduled to be part of the Canadian tour but due to a recent urgent medical situation, they had to cancel their performance. They are going to rejoin the rest of the bands in the American portion of the tour so hope all goes well for Aaron and the rest of the band.