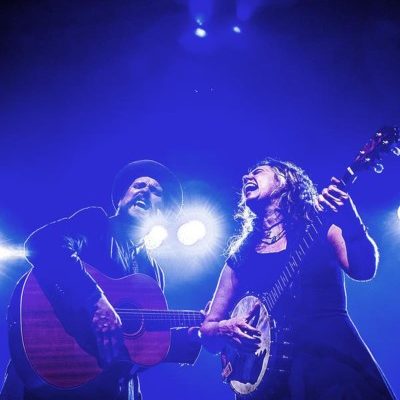 Winnipeg’s duo, The Small Glories is set to release their new album, Assiniboine & The Red on June 28 on Red House Records. The album title references the junction of two rivers, the Assiniboine (pronounced ‘uh-sin-uh-boin’) and the Red, in the duo’s hometown of Winnipeg, Manitoba, and celebrates the happenstance meeting of members Cara Luft,an original member of the Wailin’ Jennys, and multi-instrumentalist JD Edwards.

The duo has unveiled the first single from the album, “Oh My Love”.

“It’s our happiest sounding broken-hearted love song!” Luft says of the single. “It’s a theme we are all familiar with, when we give our heart over to another and the feeling is either not reciprocal, or the timing is off, or we misread the signs.”

Check out the single below and keep up to date with all things to do with The Small Glories via their socials.