Yes We Mystic releases video for “Please Bring Me To Safety” 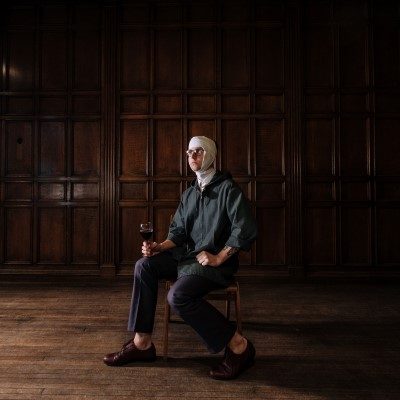 This Friday, April 19, Winnipeg art-pop band Yes We Mystic are releasing their sophomore album Ten Seated Figures, and they’ve released a fitting video to welcome the end of one era and the start of another. The video for “Please Bring Me To Safety” showcases a struggle between two versions of the band in the most literal sense possible. Lead singer Adam Fuhr described it, saying:

Much like last month when the band played two simultaneous shows in different cities, you may be inclined to ask: How is that possible? Did we master cloning while I wasn’t paying attention? Have we somehow slipped into the universe of Jordan Peele’s Us? On a Facebook post promoting a special show in April, the band offered a much simpler explanation:

“Yes We Mystic has engaged in a months-long performance art piece where two versions of the band have been existing concurrently. This show is the only time both incarnations of Yes We Mystic will share a stage.”

That show, in celebration of the upcoming release of Ten Seated Figures, will take place April 27 at Winnipeg’s The Garrick. Meanwhile, it remains unclear exactly which Yes We Mystic has or will emerge victoriously, but at least one incarnation of the band will then go on to tour the UK and parts of Europe, before returning to Canada in July for a show in Edmonton and a performance at Folk on the Rocks in Yellowknife.