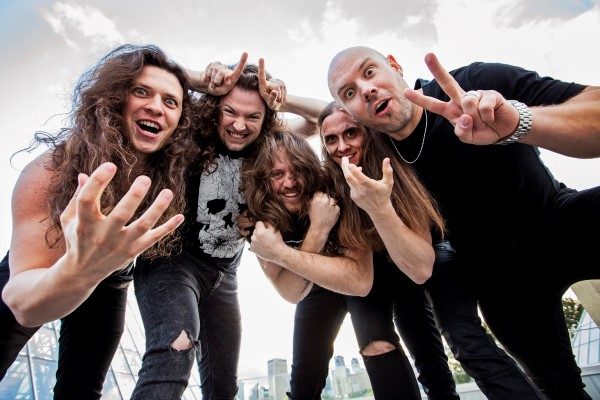 Edmonton heavy-metal band Striker are hitting the road this summer, alongside Holy Grail and Bewitcher, in support of their sixth studio album, Play To Win. The “Deadly Ripping North American Summer 2019 Tour” will see them play shows across the USA, as well as two in Canada: at Montreal’s Turbo Haus on July 26, and Toronto’s Velvet Underground on July 27.

Play To Win was released in October of 2018, a powerful follow up to their award-winning 2015 self-titled album. It features all the energy and intensity you could hope for, and the band is sure to deliver as much on tour as well, saying:

“Hitting the road with our brothers of shred Holy Grail this summer to bring our new album ‘Play to Win’ to fans across North America! This is the summer of the Road Dogs, and we will be doing many more shows across North America and the rest of the world before it’s all said and done. There’s never been a better time to headbang in the front row!”