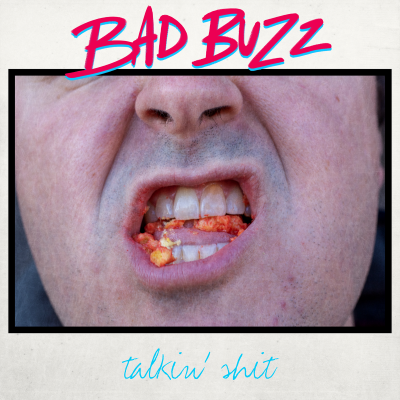 Following the release of their 2017 debut album, Far From Home, Toronto based punk band, Bad Buzz, have released their latest single. “Talkin’ Shit” is the first track off their upcoming follow-up EP, Try Harder, which is slated for release on May 31st.

“Talkin’ Shit”, along with it’s humorous and creative lyric video, is a pop-punk banger that is as energetic as it is catchy and nostalgic for the 2000s. The song stands unique among Toronto’s growing revival in the punk style as it seamlessly maneuvers through melodic passages along with crunching power chords. Regardless, “Talkin’ Shit” is bound to stir up a whole lot of excitement for what is to come!