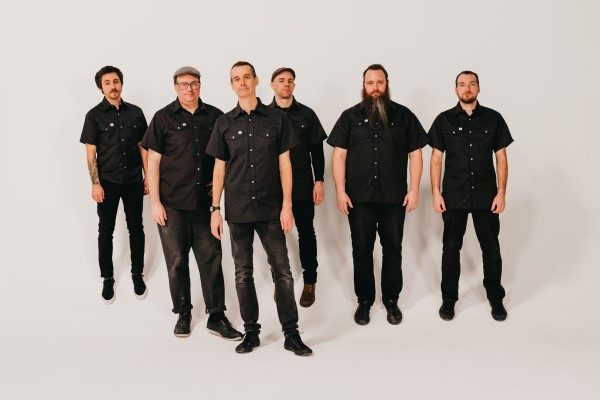 Montreal’s Pouzza Fest takes place from May 17-19 featuring some of the greatest punk music that’s out there! We’re happy that we’ve had the chance to count down to this festival with you. We’re starting our countdown with Montreal’s own The Planet Smashers, who play on May 18 at Soirée. See the full schedule here.

Matt from the Planet Smashers.

First, we hose down the band. Nahhhh. But Scott does practice packing the van – it’s ain’t easy getting the tent and table and coolers and chairs in there.

There’s so many…I’ll go with Iron Reagan and Samiam. AND I want to catch Prettyboy, Dump Him, Be Like Max and tons more bands that I’ve never seen.

Both are great but it’s easy to overdose on poutine…gotta keep an eye on that shit. I would like to see an Italian pouzza version (poutine Italian on pizza…damn!!!!)

We’re only doing a few but they should be cool. They’re all nearby like FEQ, Rock La Cauze, Festivoix, and RDM.

Don’t take yourself too seriously.