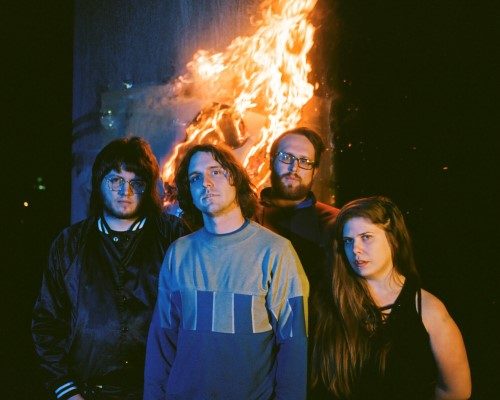 Vancouver-based punk band Dead Soft has released a new song called “The Static”, which branches into previously uncharted territory for the group. The band, who are known for their aggressive grunge sound, have taken a nearly seamless step into dream-pop with the new single, released April 8th.

In a short commentary posted along with the song, bassist/vocalist Keeley Rochon disclosed that the song was written during a period of struggle she experienced with her mental health. She also described the song as representing ”the feeling of being alone and afraid,” but, she added: “It’s also a love song.” Check out the song and Rochon’s full commentary at the link below.

“The Static” is the second single that Dead Soft have shared since the 2018 release of their EP New Emotion, and they have plans to share more new material over the course of the year. The band is currently on a North American tour, with 12 of its 38 shows taking place in Canada. The final Canadian date for this tour will be April 18, at Static Jupiter in Vancouver, BC.