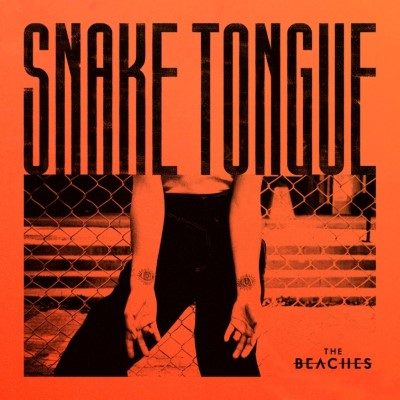 On April 8, Toronto’s own The Beaches released their first single of 2019: “Snake Tongue”. The high-energy anthem sees the all-woman rock group take a stand against sexual harassment. Despite the seriousness of its subject matter, the song, and the accompanying video, bring an upbeat, even celebratory approach to shutting down unwanted advances.

“I wrote ‘Snake Tongue’ about our own experiences, but hope that it empowers women who are constantly on the receiving end of unwanted attention to take back some control in small but meaningful ways.”

The band, who released their first full-length album, Late Show, in 2017 and toured in support of it last year, will be hitting the road again at the end of this month. Beginning April 30th, they will be joining Passion Pit’s US tour in celebration of the 10 year anniversary of the album Manners. The Beaches have also scheduled ten shows across Canada between April and September. Full tour dates below.