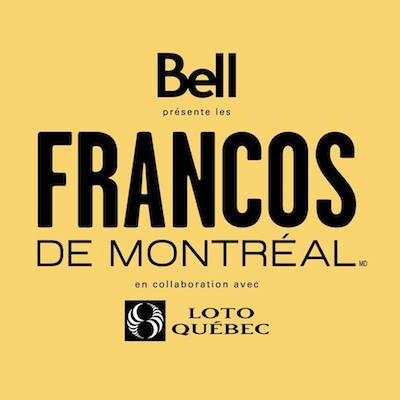 Some of the highlights of the festival’s 31st edition include Hubert Lenoir and Yes Mccan‘s mysterious Den of Thieves, taking place at the Foufounes Électriques June 14-16th. The list of guests at Coeur de Pirate‘s show at Place des Arts was also released, including Montreal talents Milk&Bone, Sofia Nolin, Loud and le Quator esca. This year, MTelus will stay true to its reputation of venue for up-and-coming artists, housing performances from Belgian pop sensation Angèle, rap collective 5sang14, Thérapie Taxi and Groovy Aardvark. Over at Club Soda, festival-goers will be raging to Mass Hysteria one night, and getting enchanted by Les Hotesses d’Hilaire‘s rock-opera “Viens avec moi” the next!

For the 2019 edition, Les Francos are bringing back the very exciting venue passes! In very limited quantities, these tickets give you access to all the shows at MTelus (for $90) and L’Astral (for $60). These passes will go on sale on April 9th at noon, you do not want to miss it! The lineup for free outdoor shows has yet to be announced, but given the lineup so far, it truly promises to be a great one!

Les Francos 2019 will be taking place in Montreal from June 14th to 22nd. For the full indoor lineup, more information and to purchase tickets, please visit francosmontreal.com