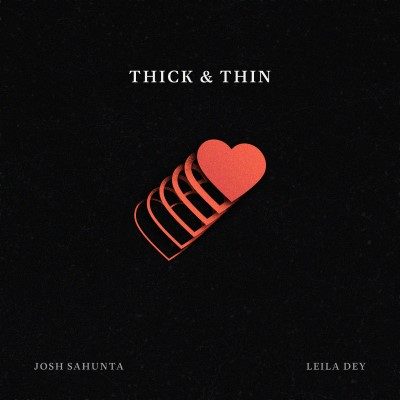 With his debut album, Dissonance, continuing to make waves across the country, Edmonton, Alberta’s Josh Sahunta is back with a brand new single, “Thick & Thin” guaranteed to make the listener zero in on that special someone in their life.

The new single, “Thick & Thin”, focuses on “growing old” with someone. Was there someone in your life that inspired this?

To be honest, it was my grandparents that inspired this song. I haven’t seen a stronger marriage than theirs, and in a world where divorce rates are unfortunately at an all time high, it’s truly special to see a marriage that has lasted so long.

The promotion includes a video series interviewing couples who have done just that! Do you hope to share this series elsewhere?

Yes! These videos will be on YouTube, but I will also be promoting them heavily on Facebook to get them in front of as many people as possible. I’ve had a really good response on them so far which is very encouraging.

This summer is shaping us to be pretty exciting with a tour to Europe! What are you most looking forward to for that?

I am beyond excited to tour the UK in July. It’s something that I have dreamed about doing since I was a teenager and since I first discovered Ed Sheeran. I’ve always been so fascinated with the UK music scene, as many of my favourite artists have come out of there, and to be able to finally experience it first hand is something I’m ecstatic about. I would say that I am most excited to see the country corner to corner. I spent a significant part of my childhood between Birmingham and Oxford, but there is still so much of the country that I’m unfamiliar with.

With a new single usually comes a new album; any details to share?

There is definitely an album in the works. It’s been a slow process because I’m trying to be very selective over the songs that fit best with the theme, but in the early new year, you can definitely expect to hear a new album.

Anything else you want our readers to know?

I’m going across Saskatchewan, British Columbia and Alberta in May on a Western Canadian tour with Caleb Hart! Tour dates are available online, I’d love to see you at a show in your city!