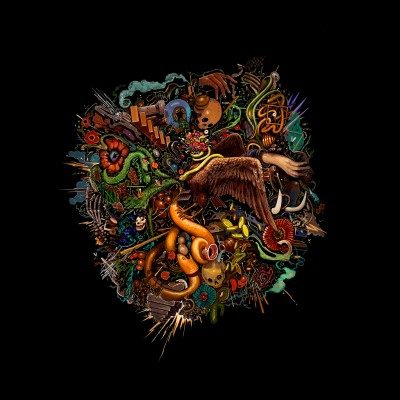 DEAD is Montreal’s Dead Obies third full-length album. To compose DEAD, the Dead Obies wrote around 50 songs in the summer of 2017 and carefully sifted through them to select each track on the album.

Overall, the tone of DEAD percolates between melancholy and optimistic tracks. With a lo-fi sound and trap music base, DEAD’s has a dreamy feel, but at the same time wouldn’t be out of place at a modern day club. The Dead Obies are a mix of male base and tenor rap, though, on some tracks they do use soprano female backing.

Dead Obies are clearly very proud to be bilingual, using both French and English lyrics, often mixing both languages on the same track. For an anglophone such as myself, this makes for interesting listening as this lets me know what the Dead Obies want me to hear. Using two languages also allows for Dead Obies to fashion a greater range of rhymes as they jump between languages to complete lines – probably why the album overall has such a smooth flow.

A standout track to me was “Run Away” which uses piano samples to create a nostalgic feel while contemplating the wisdom that sometimes it’s braver to walk away. There was also the track “2Gether” which has an R&B feel with a hook that is almost Motown inspired,  while still maintaining the Dead Obies contemporary sound.