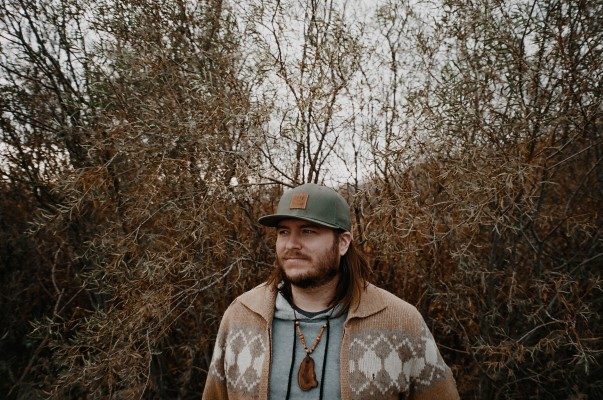 Singer-songwriter, Joel Henderson, aka Poor Nameless Boy is back with a brand new EP, Wake Up Call. The EP was released on March 29, 2019, through Chronograph Records, and showcases Henderson’s personal, mellow sound; touring honestly on love, live, and our changing hearts in a busy world.

His latest single, “Catch Up and Slow Down” reflects the importance of human connection in a world that often seems too fast-paced to allow for such moments.

Check out the video below, and find out more about Poor Nameless Boy via our newest segment of Five Questions With.

My name is Joel, but I perform under Poor Nameless Boy. I grew up in SE Saskatchewan to musician and teacher parents. My dad was a touring musician and front-man for around 20 years so I grew up listening to 50’s-70’s music all the time. I started really getting into writing songs when I was 18 and my love for it exploded. I kept writing songs while I was working full time and after many friends urged me to get out there a bit I started performing them live. If someone told me I couldn’t record, sing live, or travel with music anymore… I’d still be writing songs at home. It’s part of my identity. I love how story, emotion, and memory can be captured into a song. I released my album Bravery in 2016 and since then I’ve been fortunate enough to travel and play in Europe, Australia, and around North America.

I’m not afraid to tell a story or use details that pop music might steer away from. The music I listen to can knock me over and change my day by a well-delivered lyrics and passion in the voice. That’s where I try to draw my inspiration. I’ve been described as “somewhere between hurt and hope” as far as the music is concerned. I love wrestling in the mud of life to find the true stories of love, forgiveness, hope, sorrow, and everything in between.

Over the last few years, I’ve carried around a notebook at all times and I love to excuse myself from people for 3-5 minutes at a time as smokers do. Find a nice spot. Write what I see and feel in the moment. Then rejoin the conversation. I call the notebook my “SmokeBreak”. It’s helped me a lot.

I’m currently touring across Canada this Spring with dates in Western Canada in April, then over to Eastern Canada in June. If you’ve never seen me before, I will tell you a story of friends of mine, sing melodic Americana style tunes on acoustic guitar and make you sway back and forth when I perform with the full band. My prairie background can’t help but come out in the music.

I’ve just released “Argue” with a new music video which I’m very proud of. It’s a song filled with nudges towards forgiveness and understanding. To be honest, I’m proud of everything I release. The new EP has different songs that grab different people. That’s the beauty of music.

Oh Geez. Honestly? As I said, I’ve had the pleasure of travelling all over the world now and hearing other Canadian artists for the first time. Some of my favourites I’ve seen live from the last year are Megan Nash, Adyn Townes, July Talk, Donovan Woods, Port Cities, Del Barber, Jadea Kelly, Luca Fogale, Terra Lightfoot… Etc, etc, etc…

Make no mistake though, I could list a ton. Canadian Music is wonderful.