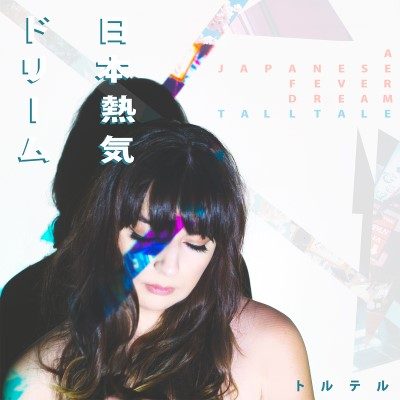 Edmonton native Talltale has made numerous trips to Japan in her lifetime, which inspired her to release A Japanese Fever Dream, a collection of original music influenced by the Japanese culture and people.

The opening track “Tokyo” which features Alex Klingle, gives you a good feel of how this album will flow. The mix of beats and vocals leading into the electronic heavy chorus while repeating “Do you remember/will you remember me?” is something people can relate to and mix the song into their lifestyle.

There are interlude songs in between all the full length tracks, all themed “In Transit” that fuse Talltales style with the modern day Japanese style she was including on the album, some with hauntingly simple sounds like “Kintsugi”, to a hip-hop vibe with “Tsundoku”, fairy-tale sounds with “Ikigai” and relaxing with “Mono No Aware”.

“Shed My Skin” is a song I could hear on regular radio loops on mainstream radio stations. The tone of the song that leads into the dance-filled chorus is something any modern-day listener would get hooked into as it’s a sound you don’t normally hear but works amazingly. This song really shows the rhythm Tatiana Zagorac’s voice, the solo member of Talltale. It’s a smooth and melodic flow throughout with a few higher notes that match perfectly to the tone of the music.

“Early Bird” is the catchiest song I’ve heard in so long. The clapping noise with the out of nowhere electronic music thrown in between during the opening sequence would catch anyone’s attention and make them move without even realizing it. This song is the stand out track in my opinion.

Talltale really went for a unique style with this album, fusing her own style with the sounds of Japan, which mixed together in a beautiful, unique melody that anyone can enjoy.  This album is a joy to listen to whether you’re on the move or just relaxing at home.