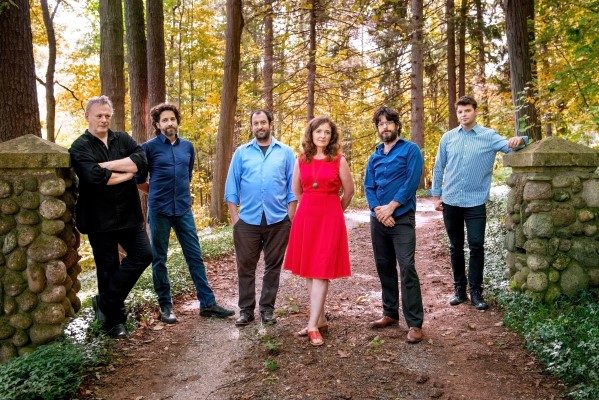 Cambridge, ON-based musician Allison Lupton has will be releasing her fourth album Words of Love tonight (March 30, 2019), at Toronto’s Hugh’s Room Live. She will be joined by an all-star band including Andrew Collins, Shane Cook, Tony McManus, Joe Phillips and Ivan Rosenberg.  For more information, check out the Facebook event.

To continue the Words of Love momentum, she’ll be taking the new music on the road with Ontario dates in Kingston May 24, Almonte May 25, Goderich May 31 and Cambridge on June 1st.

Give a listen below, and find out more about Allison in our Five Questions With segment.

I sing traditional and contemporary folk songs and play fiddle tunes on my Irish flute. I started playing the flute when I was a teenager and switched to Irish flute after hearing a group of Irish musicians playing at a session when I was in university. I also enjoy composing music and was recently honoured by Folk Music Ontario, winning their “Songs From the Heart” grand prize for my song “One More Day”.

I am have always been a fan of traditional music so I think it is only natural that my own writing has the same feel. I write songs about stories that touch me and am drawn to the songs of others that do the same. I am very honoured to be joined by bandmates Andrew Collins (mandolin), Shane Cook (fiddle), Tony McManus (guitar), Joseph Phillips (bass) and Ivan Rosenberg (dobro). Together they bring such energy and beauty to the songs and tunes.

Do you have any upcoming shows? For someone who has yet to see you live, how would you describe your live performance?

We are launching the new CD at Hugh’s Room Live on March 30th.

Our live shows include a variety of traditional and contemporary songs and tune sets. You would hear ballads, waltzes, reels and love songs all performed with incredible skill and sensitivity by my talented bandmates.

If you were asked to suggest only one of your songs for someone to hear, which would it be.

I think I would suggest they listen to my song “Away”. I wrote the song about my great uncle Reg who was a British Home Child. It also features a flute/ fiddle instrumental in the middle called “Burnt River” by Brian Pickell and another instrumental at the end written by me called “Lucky and Lefty”. The story is powerful and the tunes are a lot of fun to play on the flute.

Canadian Beats is all about Canadian music so who are your current favourite Canadian bands/ artists?

I have been a longtime fan of The McGarrigle Sisters, Joni Mitchell, Stan Rogers and Ron Hynes.

So many more including of course the wonderful members of my band.