New single “That’s What You Get” from Damhnait Doyle 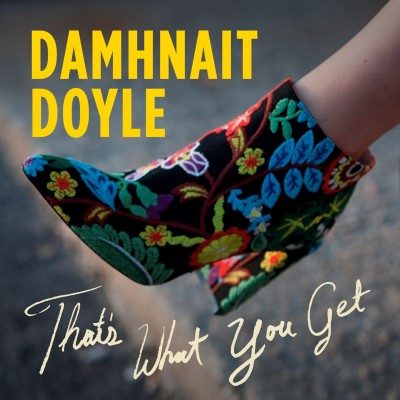 Damhnait Doyle released her latest single “That’s What You Get” earlier this March. The new song is the first track from her forthcoming recordLiquor Store Flowers which due April 12, 2019, via Warner Music Canada. Known as one of Canada’s premier roots rocker, Doyle is even described by fellow Canadian artist and icon Tom Cochrane as “a woman all grown up, with caution to the wind and scars laid bare.”

The official lyric video for “That’s What You Get” has also been released, you can check it out right here.

Doyle was born and raised in Newfoundland and Labrador. Buoyed by a music career that has lasted more than two decades Doyle has released eight full-length recordings as both a solo artist and a member of award-winning groups Shaye and The Heartbroken. Doyle’s 1996 debut album, Shadows Wake Me, earned her a Juno Award nomination as well as several East Coast Music Award nominations. Doyle has spent her time touring Canada extensively and even opening for musical legends such as Willie Nelson and Steve Earle.

Most recently, Doyle has focused on helping achieve equality for women in the music industry. Doyle has taken on the titles of Socan Director and VP of the Songwriters Association of Canada. Doyle was also named board member of the Canadian Songwriters Hall of Fame. Liquor Store Flowers will be released next month with “That’s What You Get” giving you a taste of what is to come from Doyle.