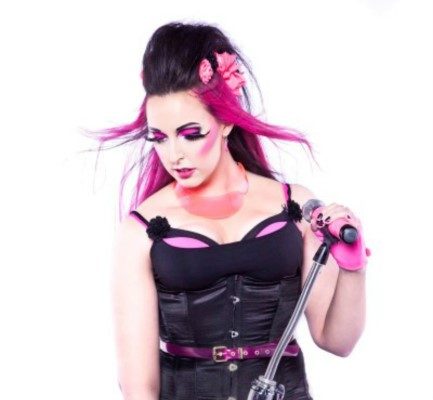 Kristen shares on the single,

“Everyone’s been to that party where the cool kids show up late right?  Well, that’s no exception here and is exactly what Party Heroes is about.

When I first moved to Toronto I decided to throw a little party at my apartment, and thought it was really going well! I had always been used to smaller low-key gatherings that didn’t get too out of hand, but I  still wanted to make a good impression and make it as fun as I could. I  started it rather early and had a good number of people show up. Just before it got to midnight a friend of mine showed up with her entourage,  turned up the music and it really got started. All of a sudden those who were putting on their jackets to go home, put them back down. The furniture was moved, the strobes went on and before we knew it, it was well into the morning and everyone was still there!

I knew I had to write about those who show up to the party late and make it happen. The term Party Heroes stuck in my head and once I went  into the studio to finish writing and recording it, it all just fell  into place.”

Check out the lyric video below, and find out more about Kristen Karma in our newest segment of Five Questions With!

Hello! My name is Kristen Karma and I am a pop artist from Toronto. I started off my musical career in Vancouver honing my skills and playing every bar, pub and club that I could get my hands on and then finally decided to take the plunge and move to Toronto!

I write pop music with huge influences from Lady Gaga, Katy Perry, The Veronicas and Avril Lavigne. I like to draw from personal experiences and like to create songs that people can relate to.

I’ve decided to take the next few months to finish up in the studio. I’m also working on booking a few summer shows and will be playing all my latest music which I am excited for! My shows are filled with high energy performances, sick guitar solos and extremely talented musicians that back me up to those driving dance beats. There is no doubt that by the end you will be dancing.

I huge influence in my music has been Avril Lavigne and I am excited to see her make a comeback with her new album!