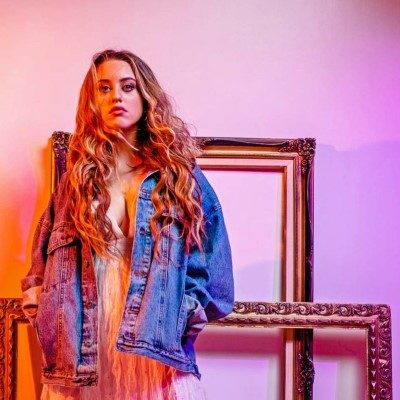 Since appearing on the first season of CTV’s The Launch, Ria has signed to MDC Music and released a new single “I’m Good”. We had a chance to ask her a few questions about this and her upcoming debut EP.

Can you introduce yourself for our readers?

Hi, I’m Ria. I live in Toronto. I’m a Pop and R ‘n B artist. My debut single, “I’m Good” is out now and on all streaming platforms. It talks about difficulties with friendships and how to get through it. Aside from music, I love drawing and watching movies. My favourite movie is “Scent of a Woman.” And I love being around people.

You knew at an early age that you wanted to do music, with your first stage appearance at age 7. How did you first get interested in music and performing? Was music in your family?

I started taking vocal lessons at a young age. That started a passion and love for music. I told my dad that I wanted to be more involved with music and performing. I wanted to be involved in more showcases so that it could help me boost my confidence. That’s when my dad found me the first singing contest I entered. Music wasn’t in my family. But my family loves music. I remember memorizing a U2 album that my dad would play. We would sing all the songs on the album together, every time we were in the car.

You were a part of the first season of CTV’s The Launch. How did you get involved with that show? How was your experience on the show?

During that time, I was involved with acting and I had an acting agent, who got me auditions for acting and sometimes things that were singing related. One day she called me with an audition to this upcoming TV Show…The Launch. I submitted my video, and after a few weeks, they accepted my audition. They sent me to the next few rounds until I made it to the actual TV Show. The Launch was a great experience. My mentor was Boy George. He is literally an icon, so it was amazing for me to have the opportunity to perform in front of him. Boy George was super nice. From my experience at the Launch I learned that when I sing, less is more. It helped me to understand myself more, musically. I’ve taken with me all the advice from all these great mentors and it helped me to push myself more.

How is the writing and recording process been so far for your debut EP?

The process has been extremely fun and creative. We’ve spent a lot of time creating a theme for the EP. The songs are all related because they are things that I’ve been through and teenagers my age have also gone through on a daily basis. Whether it’s mental health, fun relationships or dating relationships. My producer a.n.g.e.l and I are very specific about what we want, and musically very similar, in the melodies that we like and the way we interpret things. So it makes it really easy for me to record with him. I’ve learned to trust the process and go with the flow and not be too picky on certain things. Usually, the first take or first idea is the best one, because it’s your instinct and what you thought about first.

With influences like Ariana Grande, SZA, and Daniel Caesar, what can people expect from your EP?

People can expect a balance between old school R ‘n B and contemporary R ‘n B. A lot of the songs are catchy and have straight forward messages that talk about specific things that you can automatically relate to. There are two different vibes on the EP. There’s a sensitive side and a fun side that can draw different moods out of you.

Do you have any touring plans coming up?

I’m going on a radio tour to promote the single, “I’m Good.” I’ll be going to stations in Toronto, Belleville, London, Ottawa, Montreal, Kitchener. I’m super excited to meet new people and talk about the single and my music. As for an actual tour we have nothing planned just yet but we will soon.

What else do you have planned for the rest of the year?