The full lineup for Osheaga 2019 is out! 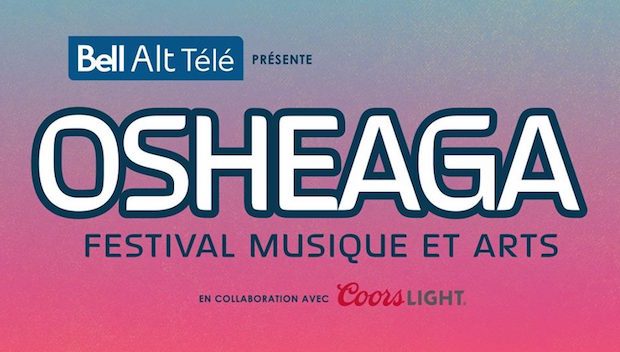 After a week of teasing fans, by releasing artists drop by drop, Montreal’s festival Osheaga released the full lineup of their 2019 edition today! While the festival usually first releases an overall lineup with all days combined, it skipped that step this year and went straight for the breakdown per day. 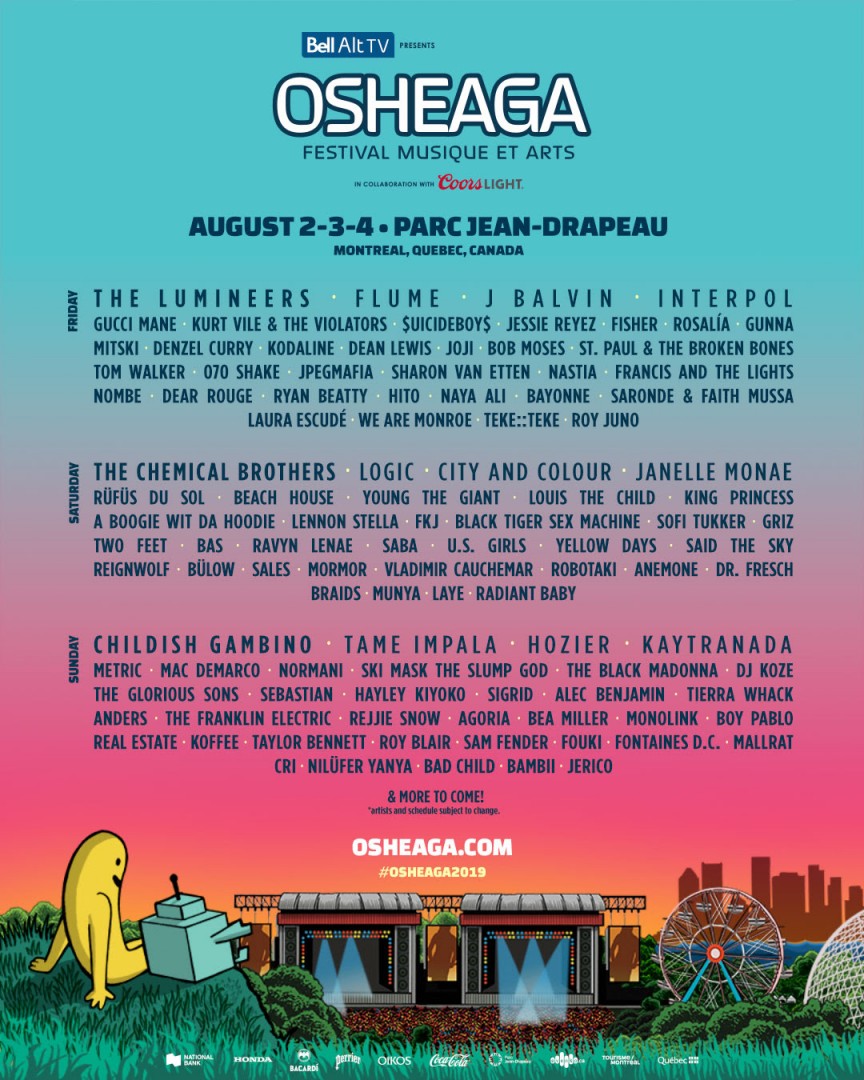 Looking at the headliners, Friday will see American folk-rock band The Lumineers on the main stage (returning after a set at Osheaga 2016, and a packed Bell Center show in 2017). On Saturday, British 90s Electronic sensation The Chemical Brothers will make the crowds dance. Sunday has the most highly-anticipated headliner, Childish Gambino! Since his last visit at Osheaga 2014, Donald Glover has been busy with many projects: his TV show Atlanta, his role as Lando in Solo: A Star Wars Story, and the release of “This is America”, which earned him 4 Grammy awards. Gambino is also headlining Coachella and Lollapalooza, and this might be the last opportunity for Montrealers to see him live for a while, as he announced that his next album would be the last.

Some other exciting acts include: Francis and The Lights (who was supposed to visit Montreal last December but cancelled the show), Tame Impala (who last played the Bell Center in 2016), Logic, Flume, Janelle Monae (who returns to Montreal for the first time since 2012), Kodaline, and Interpol.